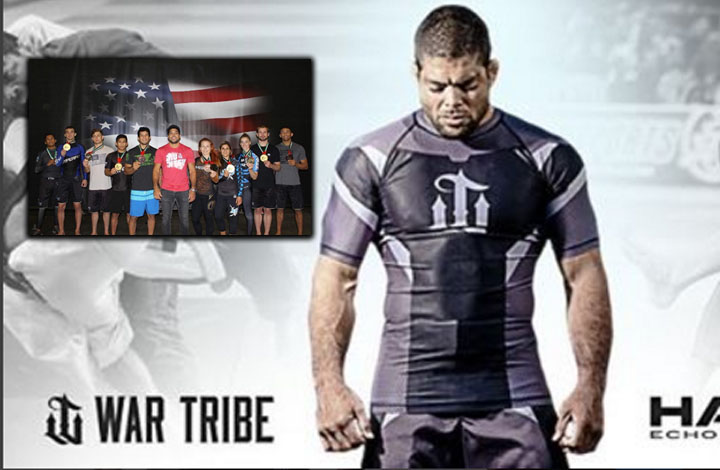 Andre Galvao  is certainly one of the greats of jiu-jitsu.

His never-ending list of trophies was topped off when he took gold in the heavyweight category at Worlds 2016. But admittedly, heavyweight category was bound for a change since Xande Ribeiro was absent from the brackets however there was still all the controversy attached to the finals and the referee decision.

“This was my 4th World Title as a black belt in the IBJJF. This time was really rough. I’m getting older. I’m turning 34 next month. I fight against guys that are 23, 24 and their explosion is way better.”

“… It’s way different. Then I was 22 years old, first year black belt. Competing in like all the tournaments. I won via submission. This year, like, it was really rough for me. I had a couple of fights that was like ref decision. And I followed with my experience, strategy. You know, I use that. And experience comes by time. That’s what the younger guys do not have. “

There was some talk of retirement earlier but he might still be fighting Worlds next year:

“I’m not so sure yet. When we, when we are an athlete we don’t think about retiring. There’s no stopping. It’s a bad feeling when you think: “Man I gotto stop”. … It’s kinda tough. “

He was also nice enough to elaborate on the first advice he gives to beginners:

Galvao continues: ” You need to rest in the beginning. To be careful you don’t get injuries. Be open to learning, ask questions. Get private lessons. Jiu jitsu is very complex. People want to learn it fast. They want to learn all the modern sides of jiu jitsu right in the first and beginning of the training  so I believe they need to take the basics first, at least 3 to 6 months focusing on basics. Train and ask questions. Go to your coach and make a suggestion, cultivate a good diet, a good lifestyle. Make friends on the mat, this is really important because that’s the difference of jiu jitsu from other martial arts. Just keep going, keep training and don’t worry if you tap. “