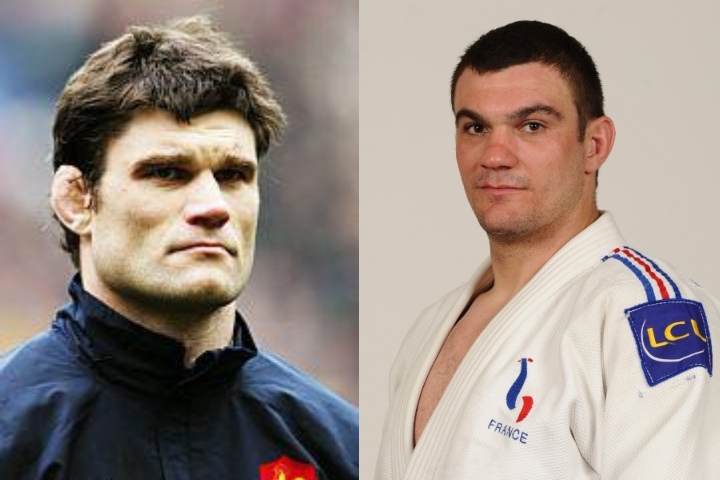 Fabien Pelous was captain of the French national Rugby team. He holds the record in French rugby for most selections for the French team (118)

After his retirement from Rugby, Pelous channeed his energy towards Judo. In December 2014, after 3 years of intensive Judo practice, Fabien Pelous became a black belt in judo and therefore obtained his 1st dan. He is the 100th black judo belt trained in the Judo Club Montastruc, France.

In this interesting video, you can see Pelous, who is a physical specimen towering at 1m98 and 120 kilos, training and doing randori (sparing) with French Judo champion Thierry Fabre. This video was shot when Pelous was still a brown belt.

Fabre is a big man himself competing in the stacked under 100kg division where he was able to win a bronze medal for France in the world championships.

Fabre says that he Pelous is extremly strong and that once he sets his grips, it is very difficult to throw him.

Another Rugby legend also took up grappling after retirement. Tana Umaga, former captain of the Rugby world champion New Zealand All Blacks, is a purple belt in BJJ: 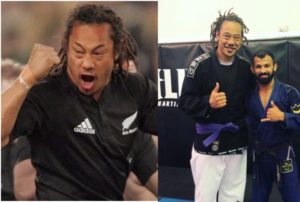 You can see the training video here. The sparing happens towards the end of the video:

In this video, we see Pelous doing randori with a recreational Judo black belt: