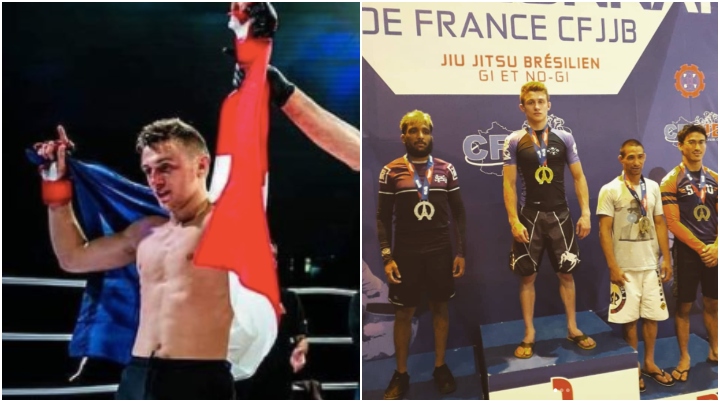 French Mixed martial arts fighter & BJJ Champion Pierre Ludet was found dead at his home in Marseille on Sunday night. Ludet held a record of 6-1 MMA, was a French national Grappling champion, was a member of the French National Police and belonged to a special forces known as the Brigades spécialisée de terrain (BST).

French Media L’Ardennais reports that authorities believe Ludet committed suicide with a single shot from his service pistol.
This media describes Ludet as “a young champion loved by everyone for his values, sensibility and talent as a sportsman.”

Ludet fought as an amateur for 20 fights before turning professional in 2017. He won the first professional fight against Samiyahia by TKO in the first round.
He won the next four fights. During this run, he won the Integra Fighting Championship flyweight title.