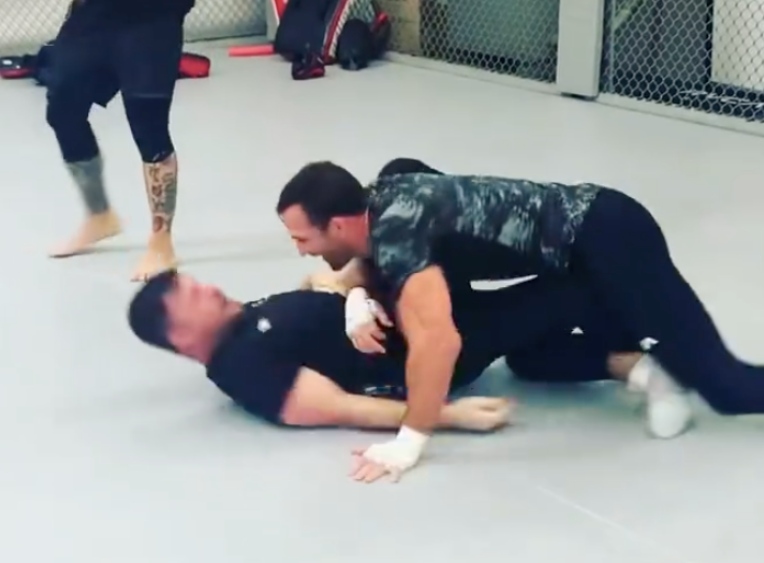 Michael Bisping and Luke Rockhold are both former UFC middleweight champions. They were once bitter rivals, but are now teammates, training together at the RVCA Gym.

Bisping and Rockhold have faced off twice in the UFC Octagon and had one of the most heated rivalries in the UFC. In 2014, they fought the first time, and Rockhold won by submission. In the 2016 rematch at UFC 199, in one of the greatest upsets in MMA history, Bisping knocked out Rockhold and took his UFC middleweight title.

They had a hostile relationship after that, but

On Monday, Bisping posted a photo of himself and Rockhold training with Jason Parillo also shared a video of the two fighters grappling.

Bisping is a brown belt in BJJ but is not known for his ground game.

Check out the rolling session: