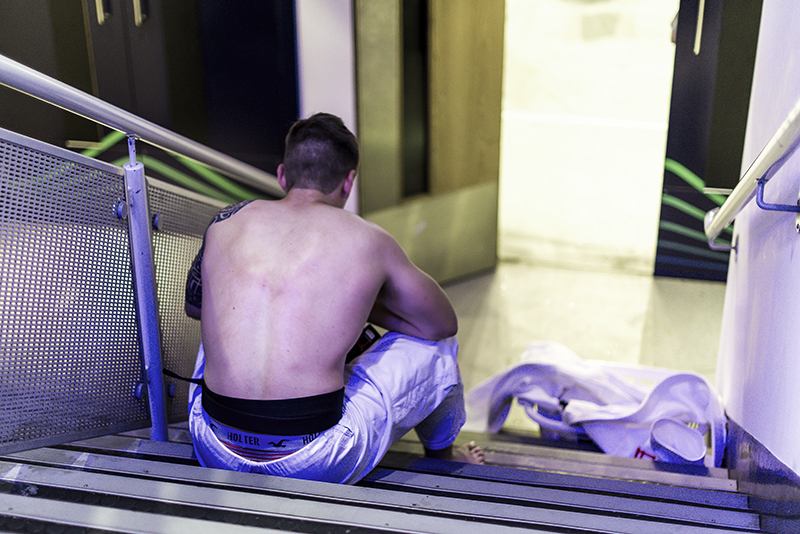 Did you know that there’s a high probability of you quitting Jiu Jitsu as a blue belt? Yep, that’s right – the so-called „blue beltitis“ gets ahold of many Jiujiteiros… But why? Why would someone bring their BJJ journey to a halt, just when they started getting good at it?
Here are the 5 reasons why you’ll quit BJJ as a blue belt. Learn about them – so that you can keep training!

PEOPLE START GOING HARDER WITH YOU

Remember that time when you were a white belt and submitted that purple belt with a Cross Collar Choke? Or when you took that black belt’s back when he turtled up?
Well, guess what – they let you do this. Now that you’re a blue belt, they won’t feel as much of a need to give you space to work with… They’ll roll harder, more seriously with you.

And that’s one of the main reasons why blue belts quit. Reality hits them that they aren’t as good as they thought they were; and that they’re going to be crushed even more than before.
If you don’t want to quit because of this reason, take it for what it is – a compliment. If they start going harder with you, it means that you’ve earned it.

YOU GET A SENSE OF HOW HORRIBLE YOU ACTUALLY ARE

Hand-in-hand with the previous reason, blue belts often quit because they realize how terrible they really are… And because of just how much more work they have to invest.

As your teammates crush you, you’ll figure out that you have a long way of catching up with them, and that can be disheartening. But this won’t matter if you understand that BJJ is a journey that should last a lifetime. That the doubts you feel at the moment, and the time ahead of you, will both pass.
It’s better to make use of them. Keep on grinding!

IT’S HARDER TO NOTICE PROGRESS AS A BLUE BELT

All those leaps you’ve made in progress as a white belt won’t be so grand as you continue training. You’ll first learn the main techniques and positions; but then, it’s a matter of refining them… Of learning the details that make a difference. And those refinements aren’t as easy to notice as doing your first Armbar is.
Therefore, the third cause for blue beltitis is that it’s harder to notice your own progress.

When doubts start appearing because of this, it’s important to remember that progress, no matter how small, is still progress. Just keep showing up, keep being actively engaged into training – and trust us, you will be much better in a year from now!

SELF-DEFENSE IS ALL THEY NEEDED

A lot of people start training BJJ because they want to learn how to defend themselves. And, truth be told, when you earn your blue belt – you’re much better than any untrained person.
So, when they think that they can properly defend themselves, they quit. That’s a valid reason, but it’s good to remember that you may want to be able to defend yourself against trained people as well.

Finally, it’s the pains and injuries you’ll get until you become a blue belt that will potentially stop you in your tracks. That’s why it’s important to engage in prehab work, to use a foam roller, to warm up properly before and to stretch out after training, to get a massage here and there…
Jiu Jitsu can be extremely difficult on your body. But if you look after it, you’re less likely to ever get seriously injured or suffer from chronic pain.