Flying Submissions… Just Don’t Do Them 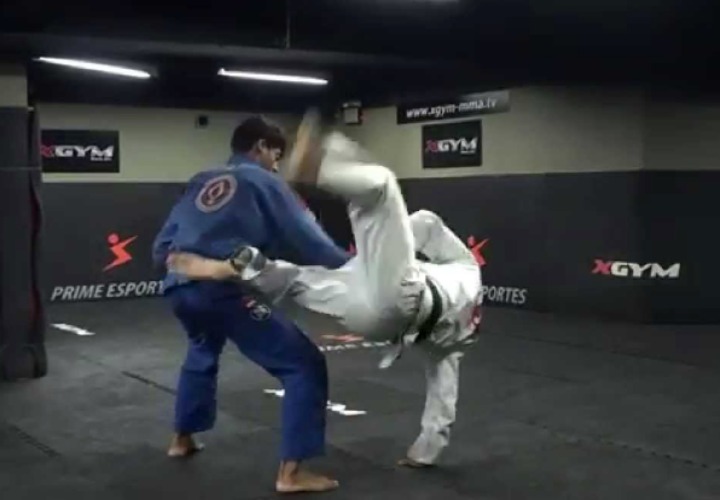 You’ve probably seen the video in which a grappler, trying to do the Flying Armbar, falls down and seriously injures his neck… A horrific incident, one which everyone is extremely sad about and which is bound to leave everyone that watches it – even the most cold-blooded of jiujiteiros out there – with sweaty palms.
Therefore, it’s only natural to ask: are the flying submissions even worth trying? Are they ever worth it? Alec Baulding, a 2019 ADCC qualifier and trials champion, as well as an Alliance black belt, doesn’t think so.

SUCH A HIGH RISK OF INJURY

Alec says that it’s his personal preference to stick to the techniques that aren’t „flashy“; because, in other words, it’s not unusual to see people showing off flashy moves online, only to have those same moves tried out by inexperienced students in a live grappling match.

In the end of ends, Alec elaborates, if you look at BJJ through a self-defense context… Would you try to do a flying submission on somebody in a street altercation? And risk falling to the ground, getting knocked out by doing so?
He says that it’s pretty much a bad idea to go for any sort of a flying submission, whether it’s a flying Armbar, Triangle or anything of that nature. It may be a bit different in a situation where your opponent is on the ground and you’re standing, going in for a flying submission from there and trying to catch them in an Armbar, for example… But there’s still quite a chance of getting injured.

WANT TO DO THE FLYING ARMBAR? HERE’S HOW.

If you’re going to try a flying submission, however, Alec says that it may be just a little less dangerous to do so in a Gi match; you’ll have much sturdier grips and there’s not the same amount of danger of slipping off of your opponent (as was the case with the injured grappler, who tried the technique in a No Gi match).

Nevertheless, if you want to do a Flying Armbar in a No Gi match, Alec advises to:

1) Make sure that your opponent has a strong Collar Tie on your neck;
2) Grab their arm by coming over their bicep muscle, locking it there – this makes for a more secure grip;
3) Your other hand grabs their neck;
4) The leg (one opposite to the arm you’ll do the Armbar on) jumps up to your opponent’s hip;
5) Go to sit down and swing your other leg over, finishing the Armbar once on the floor.

This technique is very dangerous though, Alec emphasizes. The other person may not be as sturdy as you’d want them to be, resulting in them dropping you to the floor.

HOWEVER, IT’S STILL DANGEROUS, SO IT’S BETTER THAT YOU…

So, what can you do instead? There are a number of great alternatives that are much safer than a flying submission is, Alec explains.
For example, if you want to get someone in your guard, per IBJJF rules, you only need one grip – wrist grip, in this example – and you can sit to your guard. You can also, well, rely on your wrestling skills and try to go for a takedown. Maybe even try the Imanari Roll? Just about anything is safer than „jumping for it“.

Also, if you see something that seems like a cool move, be sure to ask your coach if he thinks it’s legit or if it’s something which could potentially hurt you. In other words, Alec points out that you need to be careful about what you’re trying out.

He explains it wonderfully in the video below: