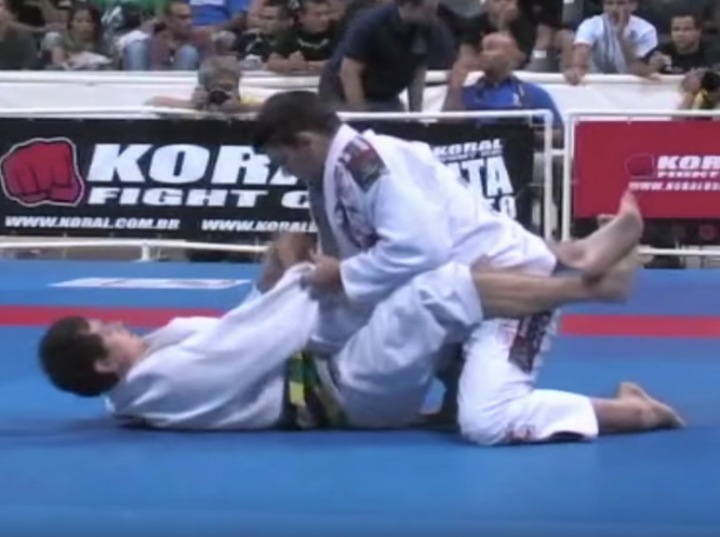 Roger Gracie is arguably known as the greatest BJJ competitor of all time, having won 10 black belt world titles, 2 ADCC world titles and having easily submitted his biggest rival, the much younger Marcus Buchecha Almeida at his retirement match.

The strength of Roger’s grip is legendary. Just like his pressure, many top competitors have said that Roger Gracie was abnormally strong.

Robert Drysdale faced Roger Gracie in the Super Heavy final of the 2007 World championships. Drysdale lost the match and he went on record saying that Roger was the strongest competitor he had ever faced.

Roger had ripped the whole sleeve of his brand new Koral Gi during a heated exchange.

He was pulling against my sleeve, and I had my hand on his collar with a pretty good grip, and he kept pulling. I thought to myself, “You’re crazy, you’re never going to get my arm out of there”. It was stuck on his collar and it wasn’t going to move. And he kept pulling until he ripped my gi. I have never seen that before. That’s amazing when you think about it. How many people can do that? It’s not like it’s used or anything, it was brand new. The guy is incredibly strong. It may not look like it, but he’s a freak.

The moment when the sleeve ripped:

You can watch the full match here: