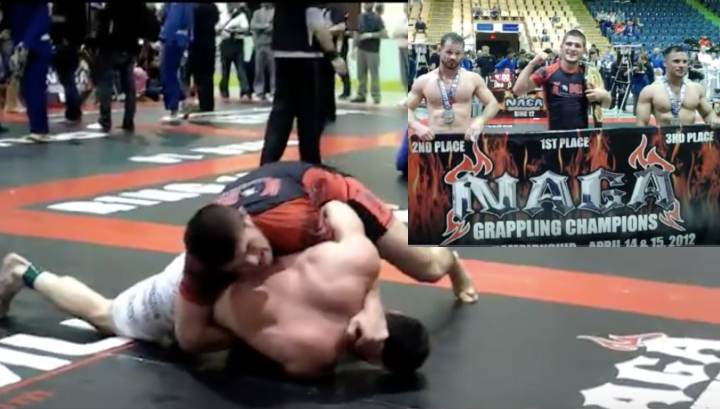 Check it out how Khabib uses his superior Sambo and Wrestling background to take the Gold: