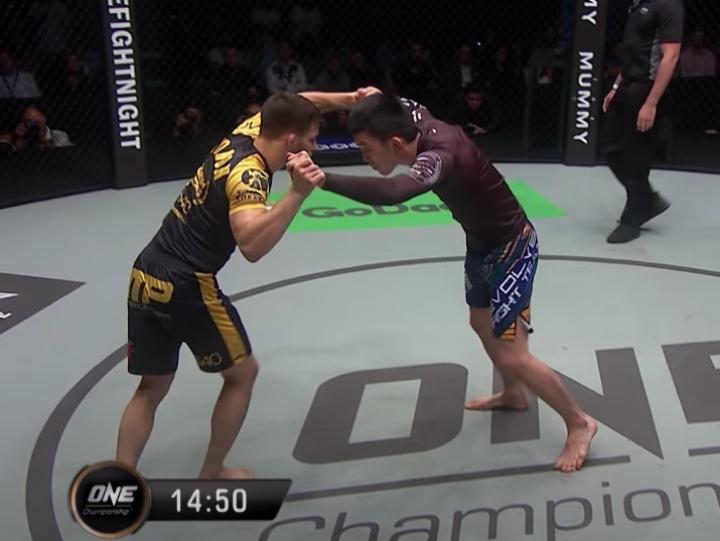 Back in October 2016, BJJEE learned that Shinya Aoki had a dream matchup in mind – a grappling superfight against Garry Tonon.

Would you like to compete in grappling competitions again? Who are some grapplers you would like to face?

And ONE made it happen! The epic superfight took place.

The exciting bout kicked off strong. After a signature takedown Garry Tonon had a chance to play a bit of a top game against Aoki, but not for long – very soon he found himself backed up against the cage.

Aoki was eager to play up the cage advantage as due to cage he couldn’t be swept from the top position for a bit.

Later on after an exciting scramble Tonon got his back taken. Even though Aoki’s body triangle was quite well you could tell Tonon was on his way out. After a bit of effort Tonon managed to isolate a leg of Aoki’s.

Pretty soon he managed to take advantage of the isolation and about 6 minutes into the bout triumphed via heel hook!