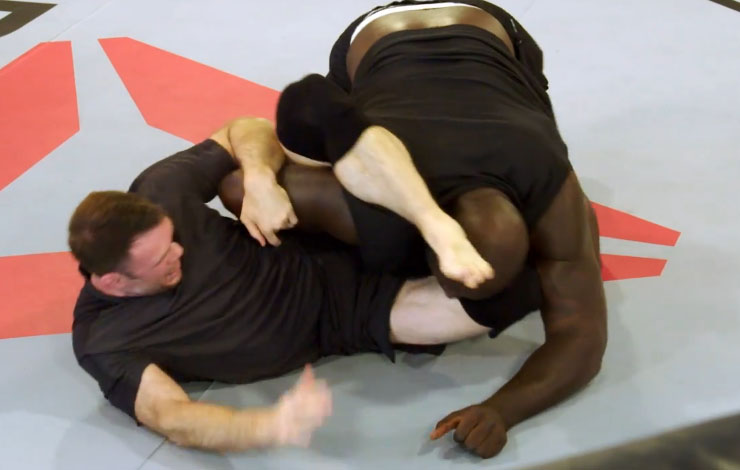 Forrest Griffin is fresh off his appearance at the Black Belt CBD where he grappled Frank Mir. Now Griffin was game to combat another giant – former LA Lakers Center Shaquille O’Neal.

O’Neal is famously game to test himself at any sport and even had a tv show Shaq vs The World one time where he measured up against a number of pro athletes in their disciplines.

In addition to this O’Neal has just had his TV show greenlit – TBS has picked up Shaquille O’Neal and Ken Jeong’s unscripted comedy Unqualified (working title) pilot. Following their showdown on the network’s rap battle series Drop the Mic, Shaq and Ken are pairing up again for Unqualified, which will follow the unlikely duo as they take on different odd jobs.