Five Ways to Strenghten Your Defense 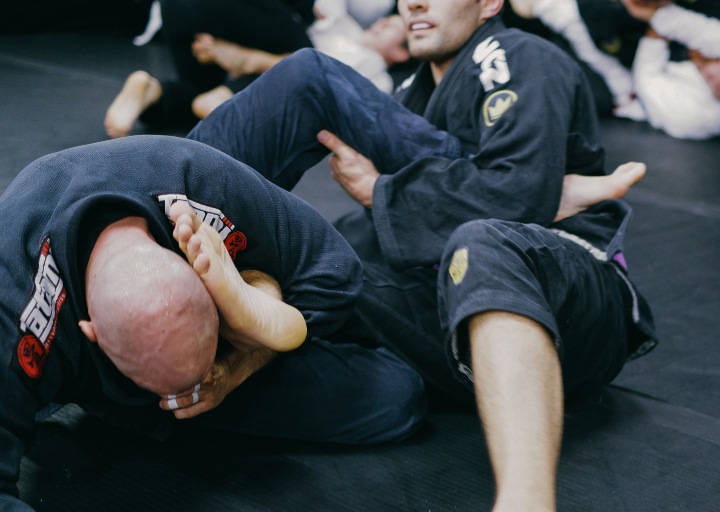 Building a solid defense to the various ground submissions is usually the primary goal of most Jiu-Jitsu practitioners, especially in the first couple of years of rolling. To be clear, effective defensive strategies are imperative for all levels, but they are particularly crucial to the white belts who spend a substantial amount of time in inferior positions. In this article, I will highlight five strategies to strengthen your ground defense.

Many attacks are set-up by isolating one of your limbs. Although there are endless ways a skilled practitioner may try to accomplish this, the concept you need to know is when a limb becomes isolated (i.e. one of your arms defending against two of your opponent’s arms), things are starting to get troublesome. There is a reason for the old Jiu-Jitsu adage of “Keep your enemies close and your elbows closer.” The more your arms become separated from the center of your body, the more danger you are potentially in.

One mistake that I often see beginners make failing to recognize danger until it is too late. It’s not uncommon for new students to ask, “How do I defend against a rear-naked choke?” While there are some options you can try once in that precarious position, you are far better off recognizing how you got in the position in which your opponent has taken your back and is now threatening your neck. The bottom line is, early recognition and prevention is the key to rock solid-defense.

Understand the elements of the submission

It is challenging to defend against a submission you are not familiar with. For that reason, part of building a great defense is knowing and understanding the attacks your training partners are applying on you. In the beginning phases, you may not be landing the submissions yourself as much; however, it is still critical to know what they are.

Recognize the difference between attack and control

Understanding your opponent’s objective is a vital part of an impenetrable defense. If your opponent is mainly focused on controlling you, then most likely, you are not in an immediate threat of submission. If your opponent is focused primarily on attacking you, then there is a good chance they have given up some element of control. Knowing this and capitalizing on it, is the key to both successful defenses and positional escapes.

Do not overcommit to defense

A common problem amongst beginner grapplers is “overcommitting” to a perceived threat. For example, they might fully extend an arm in an effort to ward off a collar choke. But, that action then allowed their opponent to capitalize and submit them with an armbar. Skilled opponents often attack in combinations and smooth, seamless transitions between attacks. Overcommitting to one particular defense can lead to a vulnerability to another submission.

There are many facets to the beautiful art of Jiu-Jitsu. Throughout a lifetime of improvement and discovery, you can choose to focus on one particular area or many at varying times throughout the journey. Hopefully, this article gave you some ideas to build your defensive strategies. Train hard and be safe!

Tyson Kilbey is a Jiu-Jitsu and Firearms instructor in the Midwest United States. He is an author of popular books and articles in several categories of personal defense-related topics and frequently conducts training events throughout the year.