Firas Zahabi: “PED Use Is Worse in BJJ Than in MMA. Some Blue Belts Are Jacked Out Of Their Minds” 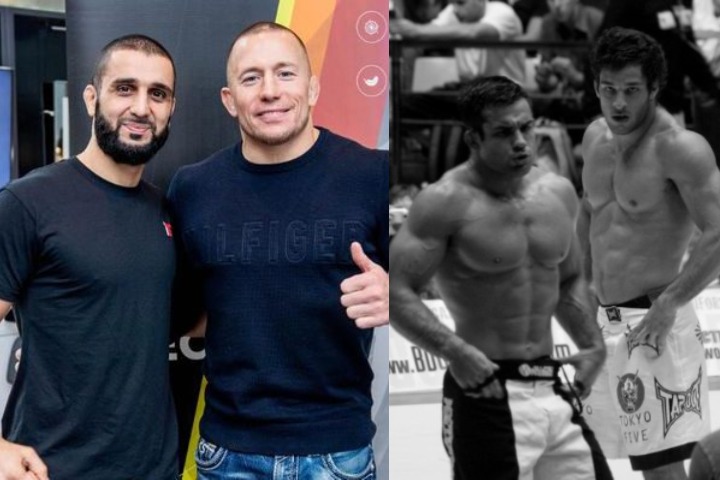 PED use in the Jiu-Jitsu is extremely widespread according the famed MMA and BJJ instructor Firas Zahabi, and no just at the elite level.

Zahabi was recently a guest on the popular youtube channel ‘More Plates More Dates’ which is hosted by Derrick who is a well respected PED expert.

Zahabi claimed that PED use was way more widespread in BJJ than in MMA and especially at the amateur lower belt level:

Derrick: “You know like uh reputation of the drug use in bjj relative to mma? Competitively in brazilian jiu jitsu it seems to be one of the most drug-ridden sports?”

Firas Zahabi: “Oh my god. Oh my god it’s worse than mma. it’s worse than mma. You’ve got guys going in like local Jiu-Jitsu tournaments blue belt level and they’re jacked out of their mind and they’re wrestling some kids like it makes no sense. It’s insane. It’s insane like and the thing is their jiu jitsu is ugly like to me when i see they’re just just tough it’s just it’s just brutish. It’s not sophisticated at all but they don’t know it. They think their jits is the same as that other guy… Why? Because it’s effective. There’s a difference between efficiency and effectiveness. Like for instance there’s a guy named Palhares in our sport mma. Okay he would just drop down grab a guy’s ankle and rip it off. Now the guy was effective but his jiu jitsu was not sophisticated. In my opinion it was good but it wasn’t as refined as other other practitioners. Now i always said in my opinion I thought he was on PED’s then later on he got busted he got busted on PED’s.”

Joe Rogan recently talked about the match and about PED use in BJJ/submission grappling during his recent episode of The Joe Rogan Experience featuring Kevin Lee:

“It’s a physical thing: you have one guy on juice and one who isn’t then there’s an advantage for the guy juicing if they’re on the same technical level.”

In 2013, the IBJJ introduced drug testing. In 2014, after winning the IBJJF world Jiu-Jitsu championships, Felipe Pena faced a 1 year ban from USADA sanctioned competition for a positive result for testosterone. This was a victory for IBJJF, as it showed that the system worked. But does it really? The drug tests are announced months in advance and this means that athletes that are on gear can time their cycle so as not to get caught on a specific date.  Did Pena simply time his cycle wrong? How many more athletes are cheating their way to victory by timing their PED use?

Without unannounced, random PED tests, there is zero chance of catching PED abusers. The biggest advantage of steroids is the ability it gives a person to recover. In BJJ the users will be able to train longer, harder than a natural competitor, then just stop taking a month prior to competition so they too can p*ss clean. They’ll be able to work on rolling and technique much more than a natty competitor for most of the year. Even if they lose strength gains from coming off a steroid cycle, they will not lose the advancements they made on technique.