Firas Zahabi On How To Drastically Improve Your Cardio For BJJ 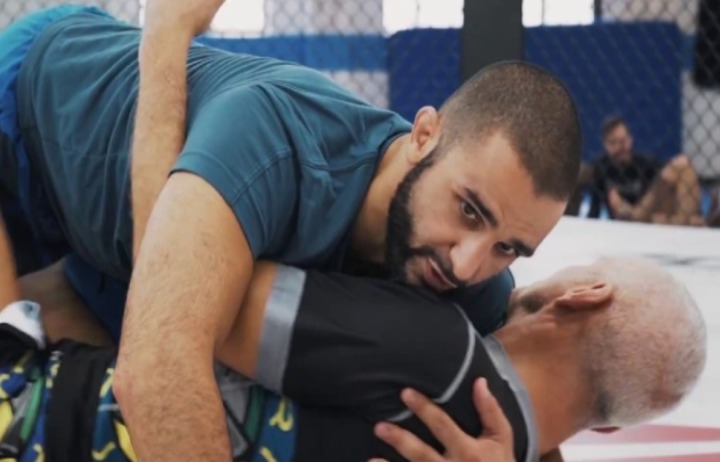 „How do I improve my cardio for BJJ?“ This is one of those questions that are often given a generic answer: „Just spend more time on the mats.“ But there has got to be more to it, doesn’t it?
There is! Firas Zahabi, a world-renowned grappling and MMA coach (and a black belt under John Danaher), explains it with great insights in one of his videos. Let’s take a look at what he has got to say!

Coach Zahabi first says that it is obvious that when somebody makes a transition from, let’s say, boxing to BJJ or vice versa, that they will gas out relatively quickly. And what’s the reason behind that? It’s the technique that somebody uses in their respective martial art, which is most important to their endurance in that sport.
That means that the number one thing which matters most for your BJJ cardio are your skills – the efficiency of using the techniques you have at your disposal.

So, what does that mean for your BJJ training sessions? Firas says that this means that you have to start paying attention to whether you’re spending too much energy when you perform a specific technique. Try to notice when is it that you get tired during your rolls – is it, for example, when you are stuck under a Mount? And you’re ineffectively trying to escape from it by incorrectly bridging out of it, which leaves your tank empty after 10 seconds?

In other words, you have to understand that it isn’t that you get tired „during rolling“, but during a particular scenario during a roll, a specific part of it. You have to figure out what it is exactly that makes you tired when you train or compete, so that you can understand how to optimize your cardio.

This is something you need to talk to your coach about, Firas advises. You have to ask him what you can do so as to improve in that particular part of your rolls.

WORK ON YOUR CARDIO – RUNNING

Getting your skill to a proficient level is the first and most important part of the equation. However, the number one component for your energy levels truly is your overall cardiovascular endurance, elaborates coach Zahabi. According to this, he says that running in its various forms (such as sprinting) is the number one way to get fit for combat sports.
And while kettlebell swings, bodyweight exercises and similar things are good, the chances are that this isn’t what you need most. Increasing the performance of your overall cardiovascular system through running beats everything else.

Finally, muscles. You need to be able to handle your own bodyweight, coach Zahabi points out, and you need to have a certain level of strength in of itself. For example, you truly need to try and elevate your lifts in the gym.
However, don’t go overboard. The level of strength that you’re trying to achieve shouldn’t be hurting your overall BJJ development. In other words – don’t aim for goals such as squatting 3x your bodyweight. Instead, choose goals and the training intensity which won’t hurt the time and energy that you should be investing into actual mat work and your Jiu Jitsu skill development.

All in all, coach Zahabi advises to first get good at your BJJ skills and to get your overall cardiovascular level up. Only after those two things are done for can you focus on your push-ups, your squats and similar.

Watch Firas Zahabi’s video below, where he shares his insights about this subject in the first few minutes: