The inverted arm bar or In the ude gatame is typically known as one of the hardest armbar to execute in grappling. Marcelo Garcia is one of the rare competitors to make it work regularly at the highest level in competition.

This technique is typically used as a submission first and more often as a transition to a butterfly sweep.

The reason for people having little success with it is because they are often doing it wrong.

As one of Marcelo’s top students and an ADCC-level grappler, Satava is a butterfly guard master with some of the most innovative and effective combos in the competitive scene.

In this video, he shows some great details with a hip escape which make the inverted arm bar so effective. 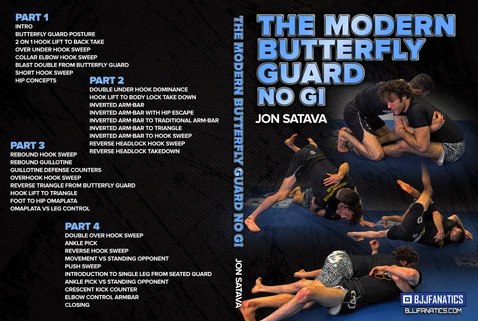