Finally Escape Side Control By Using This Simple Technique 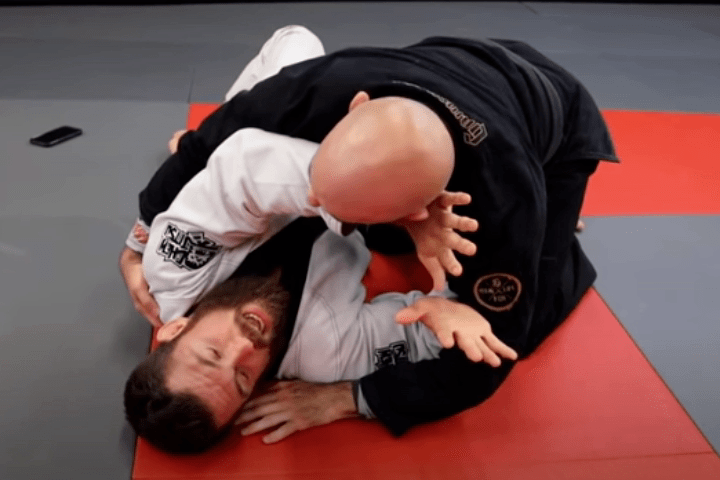 Uhhh… Stuck in Side Control again? Yeah, we hear you – it’s not fun. And it’s even less fun if you’re stuck under a heavier opponent. Especially if your Side Control escapes aren’t that good to begin with.
That’s why it’s so important to refine your technique; and to add new escape techniques to the repertoire. Here’s one such move – an extremely efficient and simple one – as demonstrated by Nick “Chewy” Albin.

KEY POINTS TO ESCAPING SIDE CONTROL

Before you get into the details of Chewy’s technique, it’s vital that you learn and understand the two key points that make up for a successful Side Control escape:

The way Chewy does that in this technique is first by bridging into his training partner, while simultaneously pushing him away at an angle.
Watch the technique and take notes. It works tremendously well!