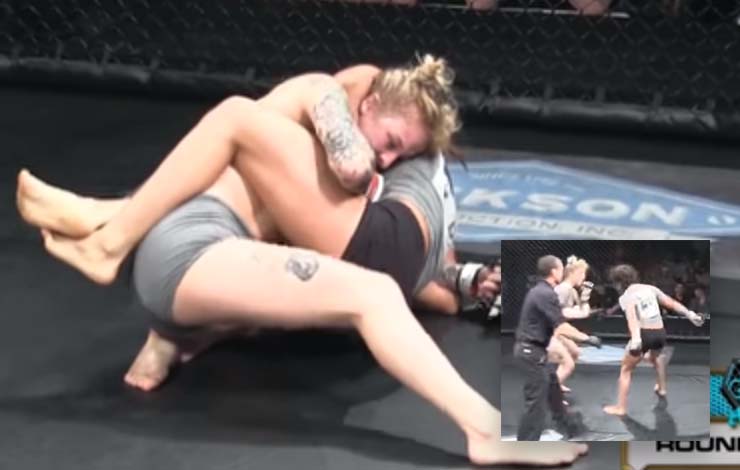 MMA is quite often a scene for never before seen situations. One such ordeal resulted in an disqualification. Well let’s rewind for a second – over the past few days mixed martial arts promotion American Kombat Alliance hosted another night of fights.

There they featured two exciting prospects: Cade Dement and Jeniece Gamez. The two duked it out and Gamez managed to finish her opponent with a choke for the sub victory. However, the fight did not end there.

Gamez screamed and got in the face of Dement and then began running around the cage. Dement retaliated by attacking the fighter promptly. You can view the entire incident below:

How would you penalize these two?