Feeling Burned Out With Life? Jiu-Jitsu Will Bring Out The New You 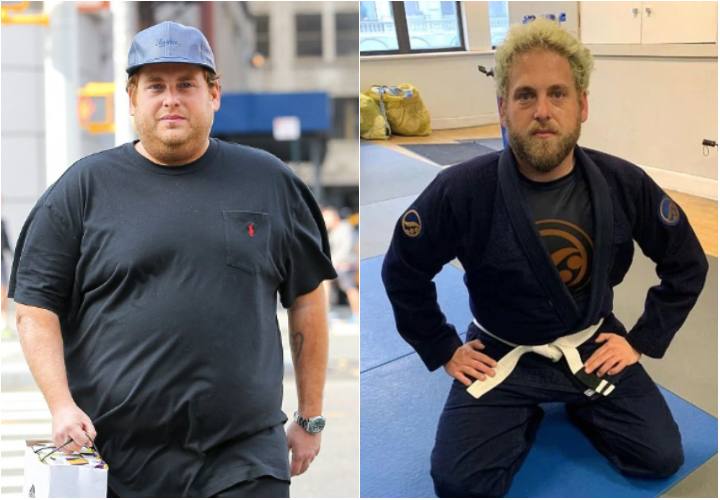 If you’re reading this, chances are you have suffered from – or know someone who has had a burn out. I can assure you that I will not provide you with a textbook, cookie-cutter way to deal with such a situation, however I will point out that a physical fight will bring you one step closer to a new you.

Brazilian Jiu Jitsu, BJJ for short, is one of the worlds’ fastest growing sports with roots in judo and wrestling. The sport was popularized by the infamous Gracie family in Brazil, but truly became mainstream due to the Ultimate Fighting Championship. A tournament in which different fighting styles were pitted against each other. Boxers would fight wrestlers, karatekas would trade punches with kickboxers and so on. The striking arts were until then considered to be most dominant among martial arts, but a frail Brazilian proved that to be false. Most notably, Royce Gracie, he fought and won against most of his far bigger and stronger opponents simply by getting them to the ground and using chokes or joint locks to finish the job. The underdog thus became the hero. David beat the modern day Goliath and in doing so, influenced a generation.

What does all this have to do with burn-outs? Well unlike most martial arts, the first day you step on the mats in an academy, will most likely be the first day you will find yourself physically fighting someone. I’m not saying you will be fed to the wolves, but you will undoubtedly feel helpless and suffer defeat. And then the magic happens; you will ask for more.

Getting pinned down to the ground with a stronger opponent on top you, squeezing the air out of your lungs, or getting your arms locked by someone half your size unlocks true mindfulness. It is in that moment, when you struggle to catch your breath, when your muscles are sore and your brain is trying to figure out how not to die, is when you let go of all things irrelevant. Your unfulfilling job, your tiring boss or that 9 ‘o clock meeting won’t matter in that moment because you overcome that stress by following a more basic, animalistic instinct. Such an experience teaches you in real time that everything is surmountable and that even in the worst of situations (100 kg of pure muscle with his arms around your neck) you can give up and immediately try again. Pragmatism is it’s finest.

It is in that trial and error that you become a better martial artist but also a better employee, boss, husband or wife. The sport FORCES you to constantly reassess your moves, to figure out tactics based on a plethora of variables and to come up with creative solutions.

Imagine an early Super Mario Bros game, where you nail it the entire time but die moments before you reach the end of the level. You have no choice but to start at the beginning and try again, knowing what’s coming.

Starting over is an important notion. People that have experienced a burn-out will tell you that initially they felt failure. They had lost the round, and were not able to press start and begin again. Luckily it’s a process, a sometimes long and tiresome one, but a process with a beginning and an end. The same as a fight in BJJ, your are facing physical and mental challenges that seem to go on forever. Your body is tired, your mind wanders off or you panic for no apparent reason. It’s normal, trust the process.

In jiu jitsu you sometimes get choked unconscious, you outsmart your opponent or you simply give up. Whatever be the case, you will have to fight another round, and another, and another, and so on until you start to understand that it’s not about winning or losing, it’s about starting over again and facing challenges, no matter the outcome. Be resilient.

FROM WORRIER TO WARRIOR

Aside from the physical benefits that include getting stronger, faster and overall more athletic, jiu jitsu makes you humble. It shows you that weight, age, degree or background are all trivial in the grand scheme of things. You can change those variables over time, and the things that you cannot change, you learn to accept. You are not a superman or – woman, you are not immune to stress, dire situations or even tragedy. But there is always a way to handle it.

Brazilian jiu jitsu forces you to asses yourself in difficult situations.
It clears the mind because you can’t afford to think about trivial things in order to survive the round. Focus on the task at hand. That PowerPoint presentation or lunch with your boss can’t clutter your thoughts.
It challenges you to come up with creative solutions, time and time again.
The sport creates a willingness to learn from people half your age or double your size.
It teaches you failure and in that failure, how to be resilient.
BJJ transforms you from a worrier to a warrior

And what’s more, you will enter a community of loving friends that can’t wait to choke you.
So please, if you feel like you are out of options, taking up Brazilian Jiu Jitsu is always an option.

Try it and let me know how it went.

See you on the mats.