The Fastest Way to Get a BJJ Blue Belt 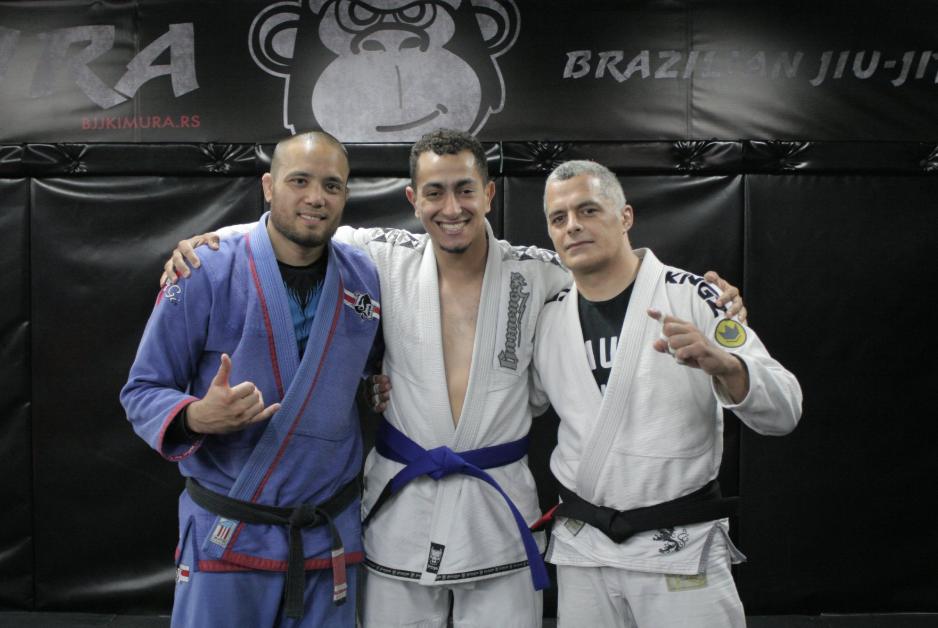 While you should never rush the process to the next belt rank — especially if you are a white belt — there are a few key elements you can focus on to make the journey smoother and quicker. But keep in mind, that there is no magic formula that takes you to a blue belt in record time.

Increased training is often cited as the best approach to move quickly between belts. But too much training could also instil bad habits, with the danger that they become permanent. Instead of training more, train specific moves until they become almost second-nature. As a white belt, your first focus should be on an awareness of your own body. Ask yourself questions such as, am I falling, and if so, why? When graduating to a blue belt, your focus should automatically shift to mastering the mechanics of the moves. It’s also important to learn how to create mechanical strength, instead of just physical strength, and recognizing the difference between the two.

When you’re approaching a blue belt, and starting to understand the things you need to know for that belt rank, your focus should be on the steps of executing an armlock by itself, not armlock to triangle. The latter move will become important only when you are ready to move from a blue to a purple belt.

As you do your steps for every single technique, your goal should be to have the result come a little easier each time, and with a little bit less strain, from the first, second, to third repetitions. It’s pointless to do hundreds and hundreds of reps without much purpose, or improvement. Every single step you take should be targeted to accomplish a goal with greater ease. You can tell how much you are straining just by the expression on your face or the tension in your hands. Another piece of helpful advice for checking your positions as you are improving your mechanics, is to close your eyes when you drill. This will will allow you more slack in a position, and indicate where you need to slow down, and adjust the mechanics of the specific technique.

If you are going through five-step drills, let’s say, you may notice that you are rushing or working extra hard on the third step. If that’s the case, it’s best to slow down. Rushing or straining are indications that you have yet to master the mechanics of a move. And, you don’t want to be trying to move through that instability quickly. If you just call your instructor over, or ask one of the senior students, they’ll likely be able to show you what you are doing wrong, and how you can adjust in order to make that step as easy as the previous steps. The rest will follow. Overall, what you want to keep in mind is that training more is going to be helpful, but only if that training is effective. Targeted training makes the goals you are trying to accomplish much easier.

Don’t be afraid to ask tons of questions as a white belt! Make it a goal to walk away from a day’s training session with at least one thing you’d like to strengthen, or a particular move to add to your BJJ game. I’ve heard lots of white belts say they’d rather wait to become a blue belt, or get some more stripes before entering a competition. But the journey as a white belt is a learning experience all the way through. You can’t get those experiences if you don’t put yourself under some pressure or discomfort. This will be a big indicator of where you are at in your game. There’s no pressure to be winning matches as a white belt. Your technical skills and investment in BJJ will skyrocket once you begin to compete. Spar outside of your comfort zone, even if you’re unsure of opening the guard and trying something such as de la riva, or butterfly guard. With practice, you will eventually become more and more comfortable with each position. Most important, try to stay consistent with practice, and not take long breaks.