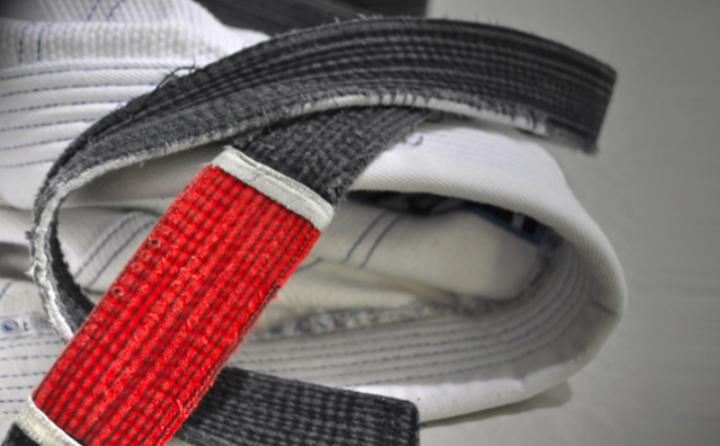 Last month, BJJEE.com published an article on the Top 10 Fastest Black Belt Promotions in Brazilian Jiu-Jitsu History . This was a ranking of grapplers that received their BJJ black belt the fastest (while going through all the belts). There were 4 grapplers tied at first place with 3 years, including BJ Penn and Caio Terra. Until now.

BJJEE received an email from a representant of Renzo Gracie academy to inform us that we had forgotten somebody. This grappler went through all the belts and incredibly received his BJJ black belt in a record time: 18 months! The quickness of his promotion was not covered by any BJJ media up to now.

His name is Travis Stevens aka ‘The Judo Silencer’.

Travis Stevens is a judoka from United States who competed in 2008, 2012 & 2016 Olympics where he won a silver medal. Travis has defeated Judo legend and Ne Waza king Flavio Canto. Travis also holds a black belt in Brazilian Jiu-Jitsu under John Danaher. Danaher rewarded Stevens his black belt on November 19, 2013.

Travis Stevens U.S.A Judo Olympian went through all the BJJ Belts under John Danaher in an incredible 18 Months! . He held the rank of Brown for a year and competed at Copa Podio, and BJJ expo tournament. White-blue in weeks, then blue-purple in a month then purple-brown in a few months!

It’s a pity that IJF (International Judo Federation) does not allow Travis Stevens to compete anymore in BJJ tournaments. In fact they have prohibited all ranked Judo players from competing in BJJ. An early start at the age of 6 enabled him to acquire a vast amount of knowledge in Judo and other martial arts. Travis is an outstanding athlete in the sports of Judo and Brazilian jiu-jitsu. In Judo he is currently ranked top 5 in the world and he is considered by many the greatest American male Judo athlete. He has many accomplishments in both sports. Stevens trains at the Renzo Gracie Academy in New York City with several elite athletes. He has also opened up his own school in Boston, Massachusetts on January 12, 2013. Travis also teaches at Renzo Gracie Fort Lee in New Jersey.