Fadda: The Other Brazilian Jiu-Jitsu Lineage 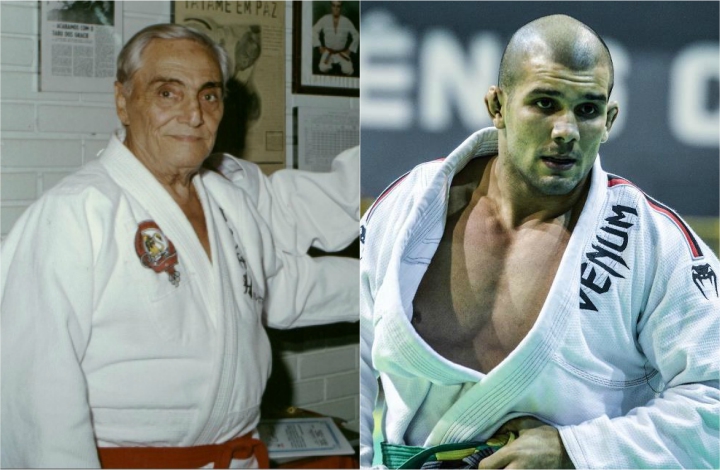 History of Fadda and Gracie BJJ

With the rise of Royce Gracie with the early UFC, Gracie has been the only real popular name to become synonymous with BJJ. The history behind Brazilian Jiu Jitsu actually has two sides to it. Those who follow this history have even compared these styles of BJJ to the Sith vs Jedi.

Those who have trained for a while have come to view leg locks as a taboo or a cheap way of winning. In all, this is just a point of view; it has more to do with a safety issue and knowledge of technique which we will get into in a whole other discussion.

The person that led this non Gracie Brazilian Jiu Jitsu was Oswaldo Fadda. He was born on Jan. 15, 1921 in an area known as Bento Ribiero (suburban area of Rio de Janerio), Brazil. He didn’t begin studying BJJ until he met Luis França who was a black belt under the famous Mitsuyo Maeda (a black belt master in Judo).

As time went on Fadda consistently trained with França and earned his black belt. 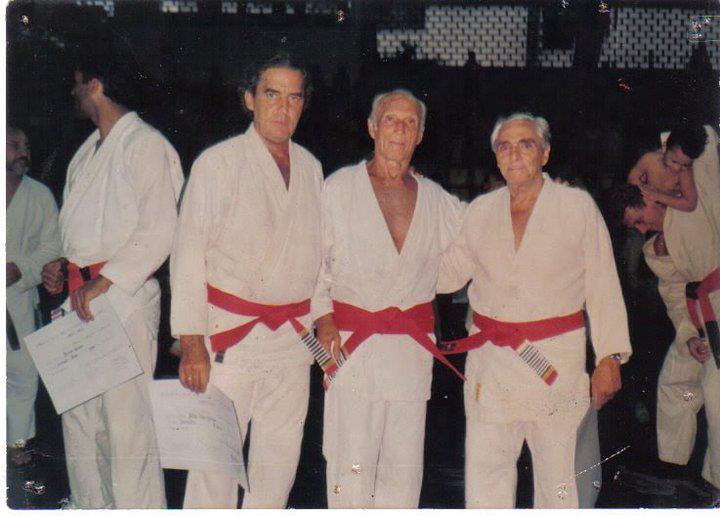 During this time Gracie Jiu Jitsu exploded and became sport for the rich because of the high tuition costs. Fadda believed that Brazilian Jiu Jitsu was to be shared with the all since it had such an impact on the betterment of his life. At the expense of his own wellbeing began teaching all over Brazil without a tuition cost. This meant people from poorer areas such as “favela” (translation shanty town) could train. Brazilians with disabilities such as: mental instability, physical deformation, and many other issues could partake in learning BJJ! Anyone that trains or has trained knows that you become a better person and everything in life becomes enhanced, Fadda knew this.

As time went on, Fadda was able to create his own school and began specializing his students in a style of Jiu Jitsu which was often ignored by the Gracie family, foot locks. After rigorously training his students, Fadda then became confident enough to challenge the Gracie family to a tournament. The famous quote from Fadda himself was “We wish to challenge the Gracie’s, we respect them like the formidable adversaries they are but we do not fear them. We have 20 pupils ready for the dispute”

Many who know this history have their own view, but my view has always been the classic David vs Goliath.

The challenge was brought forth to the Grand-master himself, Hélio Gracie who accepted without hesitation. The tournament was to be held at the Gracie Academy in Rio de Janerio. Fadda’s team emerged victorious with the foot lock specialization practiced day in and day out. Fadda also became the first person in history to defeat Hélio Gracie himself.

During a post interview with the Brazilian press Fadda noted how he was able to win “We finished with the Gracie’s taboo” (foot locks).

Further into the interview, Fadda also stated the following showing his respect to the Gracie, “I want to make clear that I have no intention to diminish in any way the Gracie. I refer only to the” myth “that they and their students are invincible.”

Hélio Gracie was also interviewed that day and showed his respects to Fadda and his team, “All you need is one Fadda to show that Jiu-Jitsu is not the Gracie’s privilege”.

After this challenge, it was shown through the tournament and even Hélio Gracie’s quote that Jiu Jitsu was no longer made for just the upper class, the privileged, or the Gracie’s, it was made for everyone. If it wasn’t for Oswaldo Fadda, who knows where BJJ would be. Would we have access to it as we do now? How would it be taught or practiced? Would it have ever come to the US? On Apr. 1, 2005, Fadda passed away from bacterial pneumonia aggravated from Alzheimer’s. His legacy continues through many. Can you guess why the history of Fadda is so important? GF Team is a part of this lineage, and we are now a part of this lineage.

You might also like this article: Pedro Valente Ignores Luiz Franca/Fadda Lineage: ‘Carlos & Helio Gracie the Only True Lineage of Jiu-Jitsu’