Fabio Gurgel: “Promoting A Student To Blue Belt Is One Of The Coolest Feelings A Coach Can Experience” 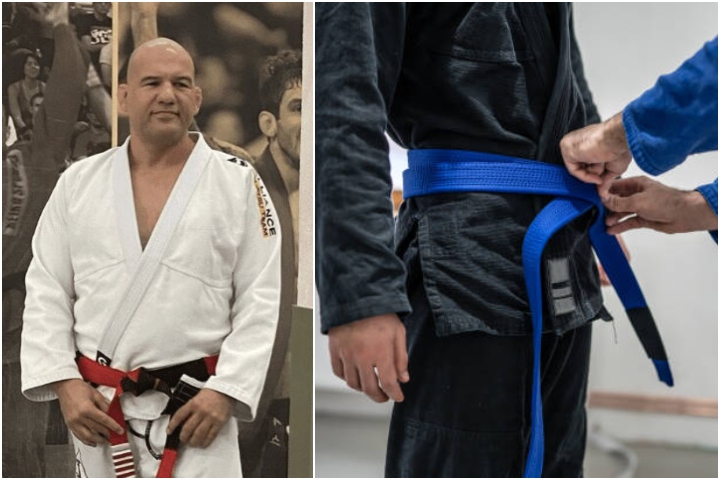 Receiving your blue belt is one of the most important steps on your Brazilian Jiu-Jitsu journey. For, it shows that you’ve managed to push through those initial obstacles and doubts… And that you’re on your way to staying in love with BJJ for as long as you’re alive.
But, the blue belt promotion isn’t just special for the student on the receiving end. It’s also very special for the coach.

I’ve probably graduated a few hundred, maybe thousands of blue belts in my life. But, I have to confess that it’s one of the coolest feelings a coach can experience.

It’s proof that you were able to drive a student from absolute zero , from absolute fragility, from eminent withdrawal… To the point where the student realizes that the whole process was worth it.
The blue belt symbolizes the entry into the elite group of people who know Jiu-Jitsu. The journey of knowledge is endless.