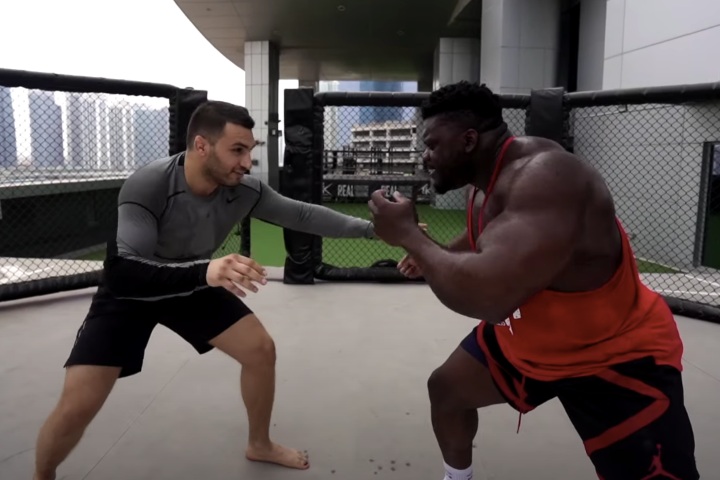 It is not uncommon to see a much lighter and shorter athlete facing a much bigger and taller opponent in Brazilian Jiu Jitsu and grappling.

Brazilian Jiu-Jitsu is a martial art created for smaller practitioners to defeat bigger, stronger, and taller opponents. Royce Gracie was able to prove it in the early UFC events.

Of course, you will need superior technique, the right tactics, insights, and useful strategies to beat the bigger opponents

Here is an example where things didn’t work out as expected for a BJJ practitioner: a 260lb bodybuilder called Blessing Awodibu faced a 200lb MMA fighter and BJJ blue belt Wade Saed who has an MMA record of 0-4…

Awodibu was able to over power the much smaller Grappler using his weight and athleticism. Surprisingly, he moved very well for someone of that size.