Evolve Or Get Left Behind: Having a Constantly Evolving Game in Martial Arts 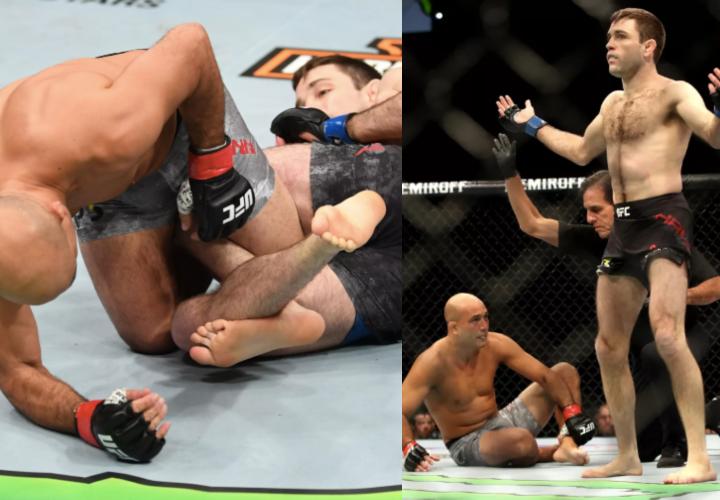 It is hard to believe that not so long ago people found it easier to accept Alien abductions then the effectiveness of Brazilian Jiu-Jitsu. Brazilian Jiu-Jitsu was defeating opponents in all arena’s not because of it’s superiority as an art, but because it was one of the few arts at the time that was adapting and evolving.

Today though we find the evolution of combat is taking place at a pace unseen in the past. Due to the UFC, countless combat competitions, books, DVDs, seminars, YouTube video’s, and a martial arts school on every block, the tactics and techniques of last decade are not going to work today without some adopting.

A perfect example given to us recently was the recent MMA fight with BJ Penn. World BJJ champion after only 3 years of training, 2 weight class UFC champion and an athletic prodigy lost to a young up and comer. Now some will blame BJ Penn’s loss because of the age difference, but I would have to disagree. BJ has a boxing base with minimal takedowns and a great top and back taking grappling game. We have never really seen BJ throw dynamic kicks or any kicks really. We have never seen any takedowns outside of the classic single and double leg takedown, and we have never seen BJ as a threat on the bottom with his grappling. His opponent was an extreme kicker with a TKD back round. Now we already know kicking range is outside of boxing and grappling range so by staying on the outside BJ has little chance. Also the one time BJ was able to enter into a clinch, the not so adaptive high single leg was easily defended. BJ never even chained another takedown with it. Lastly, when BJ was brought to the ground by hard head kicks, he didn’t have the striking defense in the bottom grappling position.

It can be argued that he was too rocked to be effective at that point, but he was put there by GSP and Matt Hughes there several times in the past with no success either. His game had been effective for years at the highest level, but time goes by, tactics and techniques are adapted and what worked in the past is not a guarantee of what will work in the present or future.

These examples can bee seen with Royce Gracie, Anderson Silva, and Ronda Rousey. They came onto the scene with a style and tactics that were different then the competition. They had huge success, but as the competition adapted, their success was halted dramatically. Nobody can stay on top forever, but one of the main reasons for their fall was the fact that they stopped evolving themselves.

This example can even be shown on a military level. Our United States military force was experienced and trained in large scale warfare. When Vietnam came about our military was not ready for gorilla tactics and insurgency warfare. We did great years later with the first Gulf War because that was a large scale warfare style situation, but how did we do with Afghanistan and Iraq’s invasion? Not good at all. We again did not adapt to this different style of warfare. We have been there over a decade with less success then we would care to admit.

The bottom line is we need to keep up with the evolution of combat. Everything in life is in a constant state of change. Nothing stays the same, and neither should you. We really need to grow and adapt in all facets of life. As far as your BJJ game, keep an open mind to new ideas and techniques emerging and at minimum learn how to defend against them. You might find yourself adding a few to your arsenal as well. If you choose to keep your game close ended and do not adapt to what is evolving, you will find yourself being left behind.