Everything You Need To Know About The Sprawl in BJJ & MMA 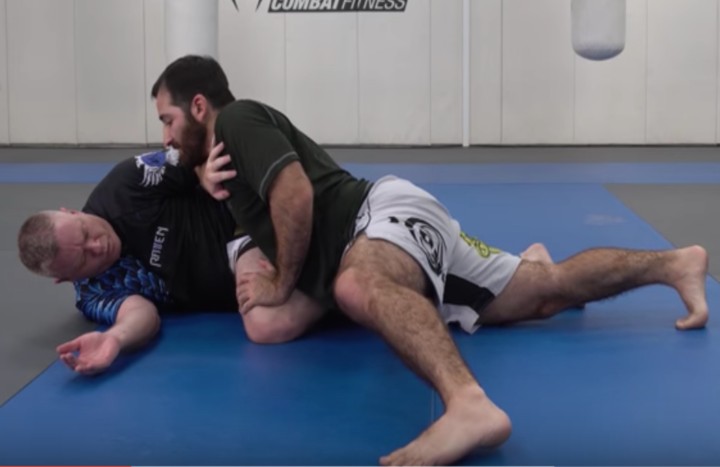 A “sprawl” is a defensive technique used to escape takedown attempts. It is commonly used in mixed martial arts and grappling-based combat styles such as Brazilian Jiu-Jitsu and wrestling. When executed correctly, a sprawl often leaves you on top of your opponent in a position called the top sprawl position. There are multiple ways to go about attacking your opponent from the top sprawl position. You can either go for their neck with chokes like the anaconda choke, grab their ankles and advance to a more dominant position or even force your opponent to carry all your weight as they fight their way back to their feet.

Sprawling is also an effective way to defend against most single and double-leg takedowns in mixed martial arts.

The key to a successful sprawl is timing it right. Sprawl too early, and you might end up belly-down on the ground leaving a chance for your opponent to jump on you. Sprawling too late and your opponent might end up grabbing hold of your legs before you have a chance to swing them backward. There are various ways to sprawl in mixed martial arts. Some are better suited for defending against single-leg takedowns, while others are more effective at stopping double-leg takedowns.

Today, let’s take a detailed look at 2 key factors that affect how effective your sprawls are in mixed martial arts settings:

How your hands, legs, head, and hips are positioned affects the effectiveness of your sprawls. The two main stances used when spawling are the staggered and squared stances.

Shooting your legs back to defend against a takedown is called the “legs back” defense. It is particularly effective when an opponent shoots in for takedowns. The key is to get your legs as far as possible from your opponent, preventing them from grabbing your legs. Because ultimately, leg takedowns can’t be completed without grabbing the opponent’s legs.

Your feet should be off the ground when you sprawl and your body almost parallel against the floor as you drop. Use your hands to break your fall as your upper body and hips make contact with the ground. You may also use your hands to push your opponent’s head if they shoot over aggressively. You can sprawl with both sides or just one side of your hips depending on the type of takedown you’re defending against.

Learning how to sprawl is not optional but essential when competing in mixed martial arts. Fighters score points when they complete takedowns, especially in a closely contested round, a single takedown could be the deal-breaker in such situations. Sprawling away from takedowns can be effective, and has contributed to the evolution of mixed martial arts. The sport’s early days were dominated by Brazilian Jiu-Jitsu specialists like Royce Gracie taking opponents down and forcing them into submission.

Since then, the sport has adapted to the challenges that BJJ posed, and the sprawl was one of the first weapons used to neutralize BJJ fighters in MMA. It was even termed “anti-Jiu-Jitsu” at some point, leading to a new fighting style called “sprawl and brawl.” Suddenly, the same BJJ fighters who dominated the early days of MMA started to find themselves struggling to take opponents down, forcing them to stand and strike with their opponents. Kazushi Sakuraba used this tactic very effectively and handed Royce Gracie his first loss as a professional mixed martial arts fighter.

Regardless of your fighting style, sprawling allows you to keep fights standing and turn takedown attempts into dominant ground positions that you can use to end fights with chokes or even advance to more dominant positions.