Why Every Law Enforcement Officer Should Learn Wrestling 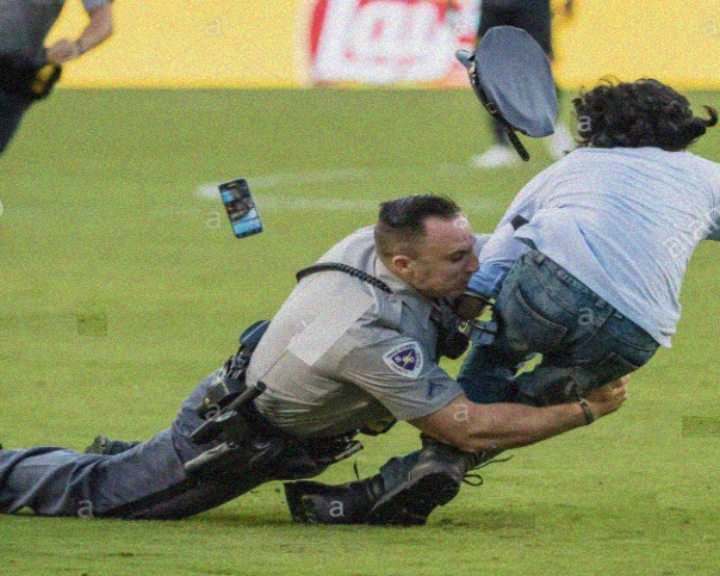 We all know the dangers police officers face on the job. Whether it’s rowdy drunks, people behaving wildly due to drugs, or simply criminals who aren’t afraid of nor hold respect for the badge, you never know when a routine patrol could turn into a fight for your life. While you’re equipped with guns, tasers, batons, and pepper spray, in the Information Age civilians have smartphones that can record your confrontation with a suspect and upload it to Facebook, YouTube, Twitter, and Instagram in a matter of seconds to rally protestors and create a PR nightmare for your department. Of course there are times when you’ll absolutely need your equipment to protect yourself and bring a criminal to justice, but many scuffles can be handled with wrestling skills. There may even be some former high school or college wrestlers serving in your police department!

The most obvious benefit to wrestling proficiency is the technical knowledge. Wrestling technique is based on positioning and leverage, meaning that you could handle people who are bigger and stronger than you if you have superior technique. You could use a control tie like an underhook or front headlock to control a suspect until backup arrives. Land a successful takedown and you can work leg rides or a hammerlock to set yourself up to handcuff the suspect. You can use the same principles of positioning to keep a resisting criminal from reaching for your gun or to put yourself in a position to easily access your taser, pepper spray, or gun if necessary. The average guy on the street has no idea how to wrestle, so effective takedown and riding skills will render most criminals helpless without causing injury.

However, the greatest benefit to wrestling training is what we call “live wrestling”, or what boxers and other martial artists know as hard sparring. We know we can take down a resisting opponent because we do that every day at practice. You start to develop a feel for how people react to certain moves and positions and how to counter their actions to maintain control and return home to your family safely and with your reputation intact!

If you’re an officer in the United States, wrestling training should be pretty accessible. There are wrestling clubs and high school and college teams all around the country. Wrestlers tend to be supportive of law enforcement and coaches will likely be willing to let you stop by and join the occasional practice while you’re off duty. Perhaps a coach would even be willing to hold a separate practice or seminar specifically tailored to the needs of police officers. All you have to do is ask! It could save your life.