Every BJJ White Belt Has To Know These Takedowns & Throws 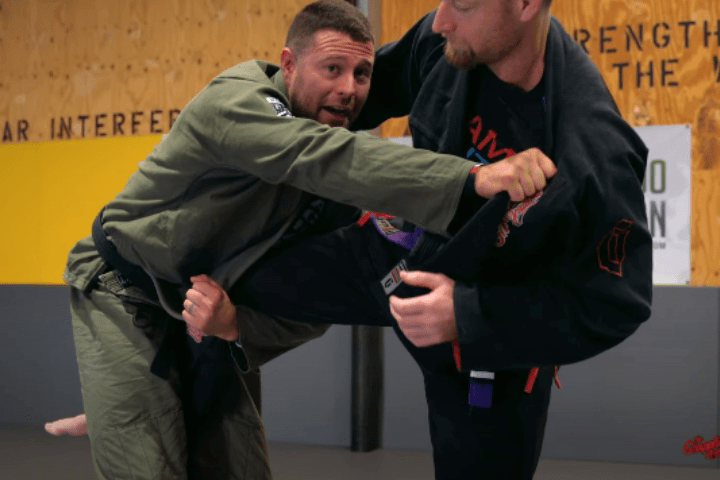 There are some techniques that you simply have to know how to do in Brazilian Jiu-Jitsu. And those aren’t limited just to Hip Escapes, Armbars, Rear Naked Chokes and similar – but it’s important that you know some wrestling and judo basics, too.
For example, here are the 4 takedowns & throws that you should be able to execute already as a white belt! Coach Tom, from The Grappling Academy, demonstrates.

THE 4 TAKEDOWNS & THROWS YOU HAVE TO KNOW

First of all, you simply have to know how to set-up and finish the Double Leg takedown. There’s no way around it – you’ll see it performed at both the lowest and the highest levels of competition alike. And it really doesn’t matter how you set it up… For starters, just pick one variation (such as doing it from an Arm Drag) and build yourself from there.
Additionally, you also need how to do a Single Leg. There are many ways to changing your level and grabbing the opponent’s leg, but just keep in mind that the Single Leg is going to get you far in a lot of matches.

Then, you should also focus on learning a bit of judo as well. For example, if you’re a shorter athlete, you may benefit from Hip Throws. But if you’re a lankier individual, then trying to pick up the opponent’s leg (such as in the setup for an Uchi Mata) can be more beneficial – as it leads to other takedown and submission opportunities as well!
Then again, going back to wrestling, coach Tom explains that you should also learn the Low Single too.

Watch the video below to see these techniques demonstrated and their advantages explained in a lot more detail: