Erberth Santos Does it Again; Gives Up Mid-Match Against Felipe Pena 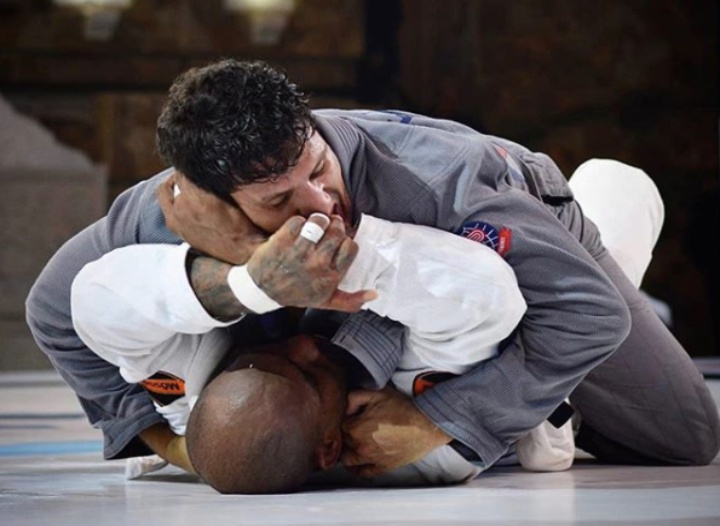 In the much awaited rematch between Felipe “Preguica” Pena and Erberth Santos the match ended once again in an anti-climatic fashion, as Santos verbally tapped.

Santos started well, getting a takedown on Pena inthe first minute. Santos tried to pass and get to mount but Pena was playing open guard. Santos was then able to capitalize on a failed sweep attempt to get the back with just one hook in but Pena was able to escape. Pena then swept Santos and came up on top. Pena was then able top pass the guard and easily transition to mount. It bwas obvious already that Santos was giving up as he clearly wasn’t defending…

At 4:37 remaining Santos verbally tapped, and Pena was declared the winner.

This is part of a long list of weird behaviour from Erberth Santos over the years:

Watch: The Worst of Erberth Santos Acting Psychotic Over The Years