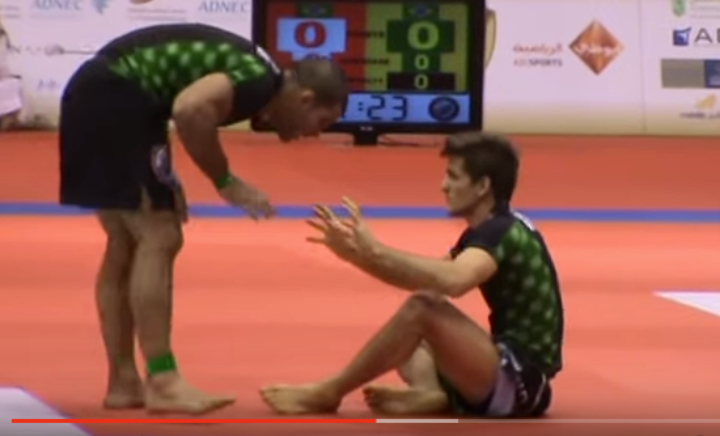 When Rafael Mendes retired last year from competitive Jiu-Jitsu at the tender age of 27, he left many BJJ fans baffled. In this period he accumulated 6 world bjj titles.

Rafael Mendes hasn’t competed too often in the absolute in the big championships but when he has, he has done extremely well. He has notably beaten Luiz Big Mac at world pro:

Rafael Mendes laser-sharp focus and precision are the key to his Jiu-Jitsu. He doesn’t rely on strength (although he is extremely strong) but on precision. Against a heavyweight he attacks the back and works on omoplatas from the guard. He also works a collar sleeve/spider guard.

Rafael Mendes on why he moved away from Strength and Speed:

“What I try to do is perfect my techniques. Work on my timing… The guys in my division, they don’t have the same body coordination that I do so I think I have the technical level and strength that I need to go there and win, so I feel pretty confident.”

In this epic match from the 2011 Abu Dhabi Worlds No Gi finals, we see Rodolfo Vieira who back then was a super heavyweight (under 100kg) take on Rafael Mendes (70kgs).

Rafa was never put in danger and showed incredible technique:

To work more on your giant killing skills, learn from Rafa Mendes’ teamate, Claudio Calasans, an ADCC and IBJJF World Champ, check out his Giant Killing series where he shows how to defeat bigger opponents by using wristlocks, closed guard attacks and leglocks, available in convenient On Demand and DVD formats.  You can get it here at BJJ Fanatics!