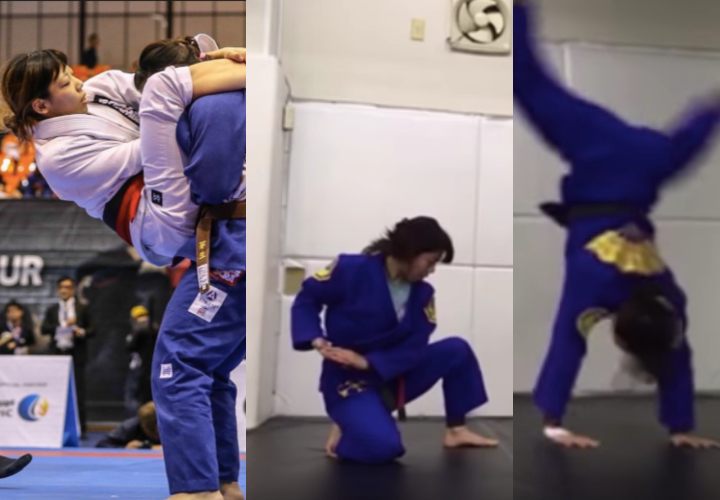 We all know it too well, you step on the mat and run in circles forward, backward, side ways, grapevine and then we front roll, back roll, hip escape and repeat for about 20 years. The classic BJJ warm up is so boring and outdated for most. If you notice, the higher belts come a few minutes late to class with no sense of urgency to jump into this mundane routine. Is it worth it to change tradition and get into a warmup style that is more modern? Hell Yeah!

Back in the developing years of our art, there were not too many complexities to the style, and the warmups matched. As time went on the style progressed and became far more complex and evolved. And yet our warmups stayed in the same rut. Now nobody is arguing the fact that the body needs a proper warmup before any athletic endeavor, but there are so many ways to do that these days, that it does not make sense to leave this part of are class out of the evolution.

Lets look at a few instructors that are already on the path of the warmup evolution. Eddie Bravo has his students perform grappling flows that consist of 3-6 techniques chained together. This not only gets their blood flowing, but it also gives the students the opportunity to rep in realistic combinations.

Demian Maia has stated that he likes to use part of the warmup period to drill self defense techniques. That is one of the main reasons people join BJJ, so why not actually include it into the class. Nothing wrong with a few headlock escapes and a touch less single X guard sweeps for a day or so.

James Duscio for Cascao Evolution takes a mixed approach, He uses BJJ movements that you see in Ginastica Natural like a sit through series, hip ups, hip switches, etc., as well as self defense and MMA drills.

There are so many things that we need to work on in BJJ that it makes no sense to just focus on shrimps and front rolls. Instead have one student hold a kicking shield and simulate shooting in while the other student throws the knee. Have them parry straight light punches and use it to close the distance and enter into the clinch for a smooth rear takedown. Work on an arm drag to a failed single leg switched to an inside trip takedown. The possibilities are endless and exciting so lets not limit ourselves to the been there and done that 1,000 times before warmup. Start the class by getting the blood flowing, drill the self defense, MMA, takedowns, flow combinations and new movements. The proof will be in your students progress from a more effective approach and the higher belts will actually have an incentive to be on the mat before you start. Nobody will want to go back to the dizzy running in circles.