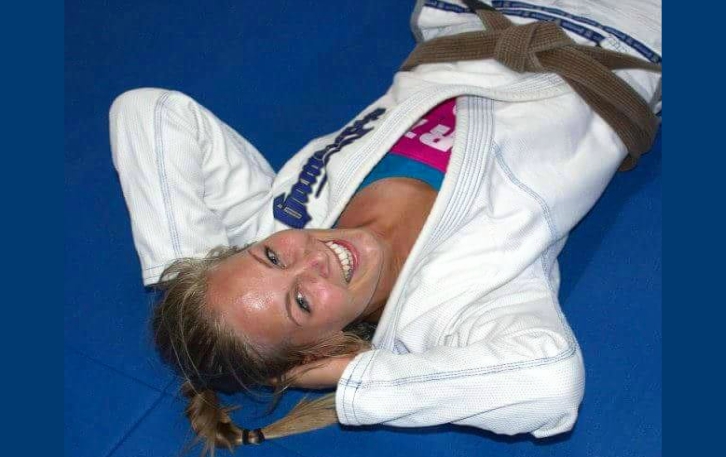 Written by Emilia Tuukkanen, BJJ Brown belt, BJJ&Nogi European Champion from Finland, living and training in southern Spain. In this now weekly blog post, she will detail her interesting BJJ lifestyle in Spain.

Rest day. I was so beat up from last week’s trainings that I needed an extra rest day to recover. I tried to at least eat clean & healthy, but in the end chiabattas & chocolate won. And it was 100% worth it.

Gym 55min. I bought my first ever gym membership, since it is now too hot to run outside even in the morning (over 30 celcius at 9am) so I rather do my cardio at air-conditioned gym than in the scorching hot sun. I did 20min of treadmill, 20min of weight-lifting and finished the work out with 15min cross-trainer session. Funny thing was that I tend to sweat A LOT when I work out, and the gym is a bit, ermm, fitness oriented if you know what I mean. I am pretty sure I scarred a few fancy bikini fitness girls for life with my pools of sweat and grunts.. 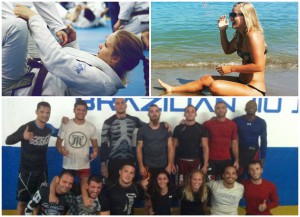 Nogi for 1,5 hours by Santeri. We started by playing dodge ball for maybe 20 minutes, it is really fun to watch the guys get into arguments over who was hit and who wasn’t, I can’t help but think about Ben Stiller in that movie. After that we did wrestling specific sparrings, other one trying to pin other on their back, starting position being turtle. I love this exercise, since you have to focus on taking control and blocking other one’s attempts to keep their back from the mat. And it is SO HARD. After this we did drills for truck-position (see how Garry Tonon took Kron Gracie’s back in ADCC). First pass the guard, other one turns to turtle, you can’t get the hooks in so you switch to truck, roll on to your back, get the twister hook and either get the back, do banana split or pressure lock to the knee. Then we sparred 2x10minutes and one 6 minute round when we ran out of time, so total of 26 minutes of rolling with adcc rules. I looked like I had just showered, I was so sweaty. And most of that wasn’t probably even my own sweat, yuck.

Went to the gym for about 1 hour. 40 minutes of interval training on treadmill, 10 minutes on cross trainer and in the end some push-ups, abs etc.

1,5 hours of nogi by Santeri. We started again with 20 minutes of dodge ball. I think it is a great way to make warm ups fun and different, and it does miracles for group spirits. And of course you get your heart rate up without even noticing. After that we did wrestling drills for 30 minutes. First just trying to get double under-hooks, then greco-roman wrestling (try to take your opponent down with techniques only from waist up) and then free-style wrestling with takedowns from waist down as well. I was so 100% done after this and totally ready to go to shower. I don’t think I have been that tired from training in a looong time. Wrestling is so different that normal bjj-rolling, since there is absolutely no time to rest. While rolling, you might get a chance to catch your breath when you get in a good position but in wrestling the real work (finishing the takedown) actually only starts when you get in a good position. After this we did some similar drills as on tuesday to attack when opponent turns in turtle when I try to pass the guard, and finished the class with 3x6minute rolling with adcc rules. I like that the routine of training is sometimes totally switched up, like here we did the hardest part of training right after warm ups and not always in the end of training, then a bit of technique and in the end still some sparring. I also think that every gym should include a lot of stand up to their training, and definitely NEVER start rolling on your knees, unless there is really so many people training that it would be dangerous. 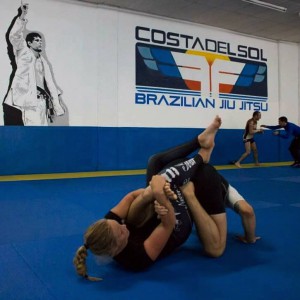 1 hour of interval training at the gym. I start on treadmill with 10 minutes of walking with some incline, then 30 minutes of intervals (1 minute walking, 1 minute running) and in the end I put the incline on maximum and speed so that I can barely walk without having to jog. After that I do 10 minutes of cross-trainer and finish the workout with abs & push-ups.

1,5 hours of BJJ, my class. The subject for this week’s bjj classes had been full guard, so I wanted to finish the week by going through the basics. We had 1 minute drills of arm bars, triangles and omoplatas so that white belts focus more on getting the technique right and don’t worry about speed or amount of repetition, and higher belts concentrate more on getting the hips moving fast and right way. After that it was sweep-time, we did three different basic full guard sweep,s each for 2 minutes (and so that other one always has to bridge back from mount): kimura sweep, butterfly sweep and scissor sweep. After these we sparred 8 minute rounds and finished the class with stretching. 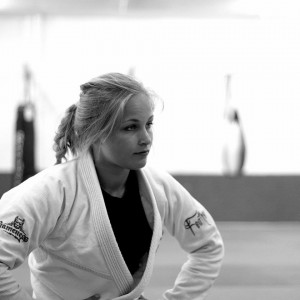 Traditional open mat in Marbella’s Dynamic Gym for 1,5 hours. We warmed up with few 3 minute flow roll rounds and since the air conditioning was broke and we have about 40 degrees every day now here, it didn’t take anything more to be sweating and ready to roll. The best part for me was the two rounds I took with our wrestling machine Babak Alimoradian (World Pro Champion and European Champion, just to name a few of his bjj accomplishments). He thaught me a very nice way to get side control when other one has a tight turtle position as well as a really good single leg defense. And of course he took me down maybe 200 times.

Thought of the week:

Start your rolls standing up.