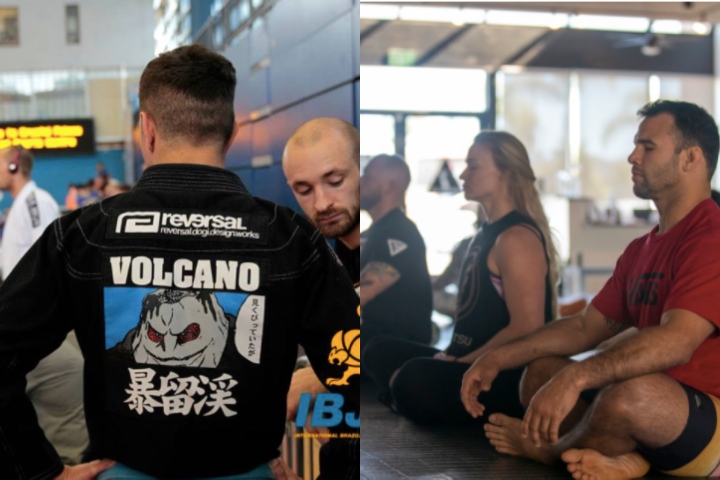 Written by Miles Lukas, a Wim Hof Method and Brazilian Jiu-Jitsu black belt instructor who began his BJJ journey in 1998. He specializes in breathwork for athletic performance. His workshops and classes are available in-person or online at breath.fitness/classes

If you’ve never had to navigate anxiety from competing, then you should probably be studied by science. However, for the rest of us, managing our nerves can be the ultimate catalyst to success or failure.

My favorite symptoms include having a mouth so dry that it’s almost impossible to remove your mouthpiece, a loss of strength, and a lapse in mental acuity. Good luck with your game plan when you can hardly recognize the room your in.

As a competitor and referee for the Fight 2 Win events, I’ve witnessed fighters make their entrance walk through smoke and lasers, and be visibly locked in. On the flip side to that coin, I’ve seen fighters walk in defeated before they even stepped foot on the mat.

We all know the guy who smashes in the gym but can’t live up to his potential when it’s go time.

It didn’t happen to me until I was a brown belt and I had to take some time off after having two kids. As time became more scarce and precious, spending a weekend competing was no longer a personal reality and I lost some confidence.

After returning to competition, the feeling would start immediately upon signing up for the event. It started as a flutter in my stomach and would accrue intensity anytime I visualized preparing for the event. Plainly, I would feel sick.

After hearing about how Wim Hof led a group of people through an experiment of being injected with a flu-like endotoxin and learning how they got through it with few to no symptoms, I became intrigued, to say the least. In my experience competition anxiety felt just like being sick, so I had to ask myself could Wim’s same method apply to my pre-competition jitters?

I learned of how the control group in the experiment, (who were not using the Wim Hof Method) would start experiencing symptoms about an hour after the injection, while their blood work would show an increase in adrenaline levels. The participants using the method (through breathwork) would specifically spike their adrenaline up before receiving the endotoxin and continued using throughout the process, leading to little or no symptoms

I applied Wim’s method to my competitions and was amazed by how well it worked. I would do the WHM breathwork anytime I experienced butterflies and before doing visualization exercises of my upcoming matches.

On the day of competition, I would do  6+ rounds of WHM breathwork until 15 minutes before stepping on stage.

It was unreal how easily it eliminated my symptoms of nervousness and how they were replaced by feelings of confidence. Even more so, I was having fun with complete awareness. I walked out on the stage and could see the faces of my friends and family in the crowd crystal clear. This tool was so good it felt truly like a superpower.

Later I would start to understand more of the science of this process and how it has to do with shifts in brainwaves. Recently I’ve had my brainwave’s scanned before and after doing the breathwork for the documentary DMT Quest(2) coming out soon. 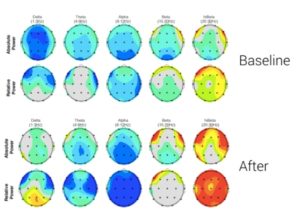 The results were extraordinary and we have perhaps found the control for areas of the brain that we didn’t know were accessible related to emotions, memory, and focus. The DMT Quest team may have even discovered that we are tapping into natural psychedelic experiences.

The WHM also has many other benefits regarding BJJ such as conditioning your breathing system, which helps you recover between matches. You don’t have to take my word for it. There is a study showing the power of hyperventilation and how it will allow athletes to maintain endurance longer by prolonging metabolic acidosis (3).

The list of additional benefits is tremendous. The process is easy so I encourage anyone to give it a try. Find a way to include it in your normal routine and let me know how it goes.