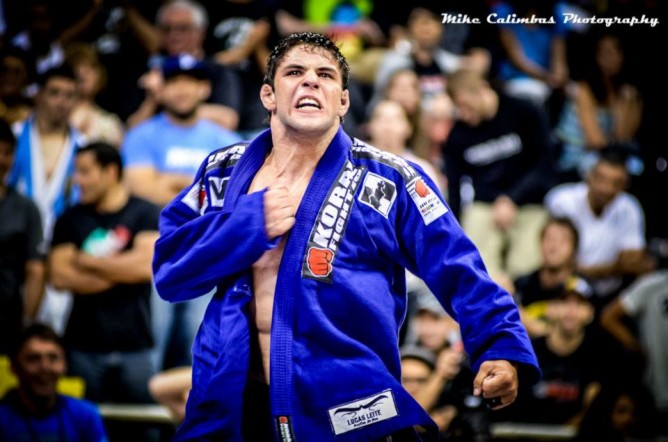 “Anger is a gift”

Rage against the machine

Having a bit of a bad temper and a short fuse, I’ve recently been doing some research on effects of anger on sports performance and best ways of channeling your anger into a positive result. Let’s first look at my example.

When I roll at the academy, I’m always chill and focused on improving at every session. Rolling with a partner, I don’t focus on beating my opponent, but more on imposing my game. There have been times when I come to training feeling pissed off for various reasons from work to personal life etc. Whenever that happens and I let emotions get the best of me, my performance suffers because I’m not focused on my game but on other aspects. Usually I gas out or am not creative with attacks and combinations.

National Academy of Sports Medicine has this say about the matter:

Anger has many impacts on performance. The biggest impact of anger on performance is that it doesn’t allow an athlete to move beyond whatever prompted the anger. If an athlete is unable to move beyond the issue that prompted the anger, then they are unable to continue to concentrate and focus on continued performance. Some other impacts of anger include muscle tension, negative thinking, rapid heart rate, and rapid breathing.

What can work however is facing an opponent that you are angry at. In that case, anger is a powerful, underused tool for motivating yourself. Sometimes, bad stuff happens that will make you angry. And rather than internalize it and make yourself depressed, you need to channel your frustration.

Take this example, this was the semi-final of the Serbian national grappling Open back in 2009. Before my match, my opponent looks at me and asks me with a wry smile: “Do you speak Serbian?” (I’m a foreigner but have been living in Serbia for 8 years and speak almost fluent Serbian), he probably didn’t mean anything bad by it but at that moment I got seriously pissed off and from the get go went ape shit on him. You can see the match here (I’m the one with the rash guard and red shorts). It was basically a one sided domination complete with painful knee on bellies for extra effect 🙂 (I went on to win that tournament and my opponent in the final was a super cool and respectful guy)

Look also at the example of Oympic sprinter Michael Johnson (taken from this article). At the Olympic trials, Johnson was hit with a strong headwind during his semifinal heat. A strong headwind can take a half second (or more) off your time. Johnson didn’t win his heat and his time was slower than the sprinters in the first heat. So other sprinters drew the best lanes for the final. Michael drew lane 8. Lane 8 means nothing to most people, but it’s the worst lane possible. No Olympic Champion or World Champion has ever come from Lane 8 in a sprint. In Lane 8 you have no room for strategy. You run the first half without even seeing your competitors. Michael had never in his life run from a lane 8. This isn’t even the worst part. The other sprinters jumped up and down and pumped their fists when the drawings were announced. Johnson’s rival, Carl Lewis, told the press he was ‘finished.‘ Johnson was filled with hate…Why? Because athletes who were supposed to be his friends were rejoicing in his misfortune. But instead of letting his hate eat him alive, Johnson USED it. In the warm up for the final, he said:

‘I let my eyes move from one to the next and, for a moment, I hated every one of them. I hated them for celebrating my misfortune, but mostly I just hated them because I was about to compete against them and they were doing everything they could to make sure I didn’t succeed. The gun went off and I launched out of the blocks in a fury. I ran away from them all and won the race with a time that stood as the best in the world for 4 years. That day I found a deep store of power and aggression and raw competitiveness and I’d ridden it to victory to find a joy and a thrill richer than I’d ever imagined.‘

The next time someone makes you angry in training or competition, try to channel your anger into a constructive way aka DESTROY 🙂 It’s an absolute MUST mental habit for you to develop as a consistent champion. OSSS