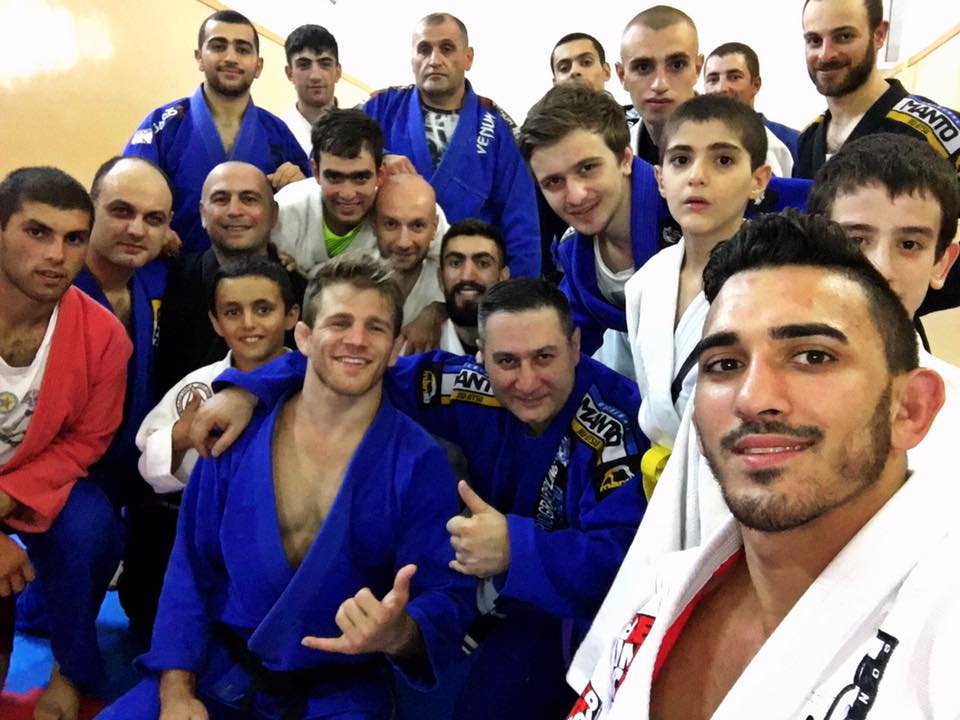 Both of them faced very tough opponents but walked away with their arm raised.

You can see parts of their matches HERE.

After Berkut, Najmi and Agazarm decided to visit the motherland, Armenia for the first time. Not many people know this, but both of these black belts have Armenian roots.

Edwin told BJJEE.com about his Armenian roots, in this past interview:

My parents both have full armenian blood. They were born and raised in Iran because my grandparents left Armenia during the Genocide where 1.5 million Armenians were massacred. I was born and raised in Los Angeles. But I can speak Armenian fluently as well as read and write because I went to an Armenian Private school from 3-16 years old. I have seen some pictures of the growth of BJJ there. I would love to help out the growth of BJJ in Armenia one day soon and maybe teach a seminar or training camp there. That would be a dream come true, to help my own people.

Both black belts were invited by Ruben Miribyan and Andre Harutyunyan of Rio Grappling Club Armenia .

They conducted a free seminar and of course enjoyed visiting this beautiful country and had their share of great friendships and experiences:

It’s an amazing feeling being here in armenia for the first time. But it’s even more special to be here teaching a free seminar for all of the 25 jiujitsu practitioners there are in the country. I hope I can help and inspire this great group to evolve and grow our amazing sport here in the motherland.

Their stay was featured on Armenian National TV. You can hear Edwin Najmi speaking Armenian: