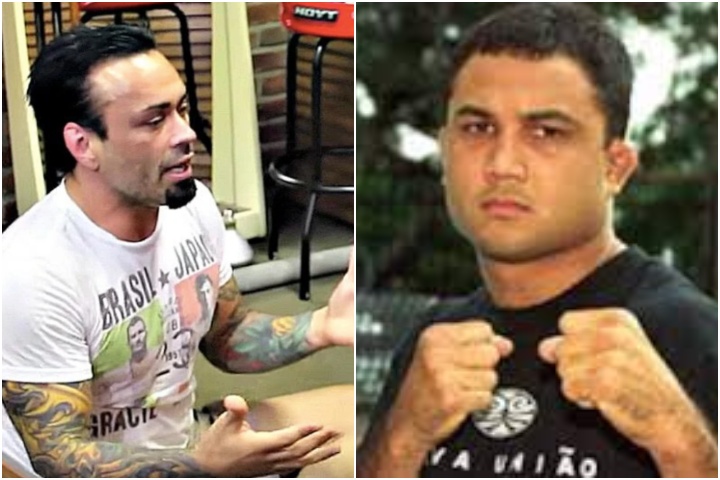 10th planet Jiu-Jitsu founder Eddie Bravo is considered an old school Jiu-Jitsu practitioner as he has been training since the late 90’s. In this episode of Joe Rogan fight companion, Eddie tells his friends an interesting story about BJ Penn competing in LA back in the days, however the other guys have something else on their mind.

Eddie wasn’t able to finish the story but someone commented on the video and continued the story:

“I was at that tournament as a kid. Bj Penn ended up breaking scott redondos arm. At that same tournament Rigan”s top purple belt went up against Rickson”s top purple belt, with Rigan and Rickson cornering their respective student. Of course there was a “questionable” call or decision in that match, and during their argument it looked like Rigan and Rickson were going to fight. I think it was Joe Morreira on the microphone yelling “Please! Please Rigan!” while trying to calm things down. The good old days.”

The bjj phenom BJ Penn got his black belt in the staggering 3 years.

In 1997 Penn began training Brazilian Jiu-Jitsu under Ralph Gracie, eventually earning his purple belt from Gracie. At that point he moved to Nova União where he was eventually awarded his black belt in 2000 by Andre Pederneiras. A few weeks later he became the first non-Brazilian to win the black-belt division of the World Jiu-Jitsu Championship held in Rio de Janeiro, Brazil. While Penn’s most well-known and prestigious achievement was placing first in the black belt division in the 2000 world championships, he had success at the Mundials in previous years. In 1999, at the age of 20, Penn finished 3rd, earning himself a bronze medal in the brown belt division, losing only to Fernando “Tererê” Augusto, and in 1998, earned a silver medal, placing 2nd in the blue belt division. Penn is thought to have earned the fastest legitimate black belt of all active Brazilian Jiu-Jitsu practitioners (tied with two others).