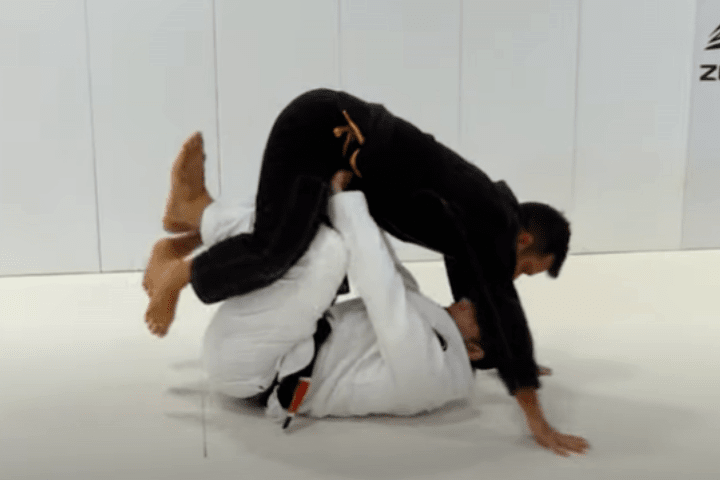 Getting stuck in Mount is one of the worst spots to be in Brazilian Jiu-Jitsu. Especially if your opponent knows what he is doing – it can get really discouraging, really fast. So much so that you’d like to get it all over with as soon as possible.
However, escaping it doesn’t have to be complicated. For example, if your opponent still has his Gi belt on… You can escape their Mount and get them into Butterfly Guard extremely quickly!

Basically, if the opponent still has his belt tied, you should go ahead and grab it. Establish a solid grip onto it, at their hip – you’re going to use it for your escape.
After you’ve done this, Buchecha explains that you are supposed to do two things: bridge and straighten out your arms. This isn’t done in unison, however. Pay attention to how Buchecha does it: he first explodes with his hips in order to elevate the opponent. He doesn’t use his arms for this in the beginning, but just hips… And the moment he has them elevated, he extends his arms in an equally explosive manner!

Here’s how Buchecha does it:

The most successful gi competitor ever, Marcus Almeida, shows you how to get out of bad positions with safe technique. 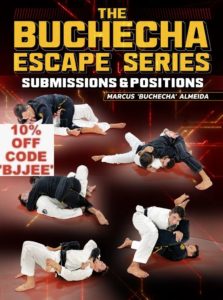