Easiest Way To Get Submissions At Tournaments 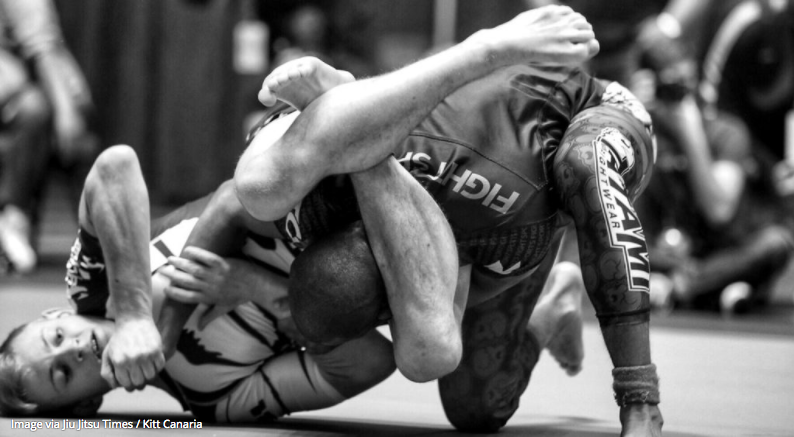 Ever notice when you roll it’s really hard to get a submission at the beginning and end of the match? This is common among BJJ practitioners, especially during tournaments. If the competition is looking rough, then it’s best to be prepared with good technical strategies on earning points, which will in turn help you to get a submission.

Jiu Jitsu master Bernardo Faria breaks down the reasons why it’s vital to be leading with a higher number of points against your opponent, and how this helps him win so many competitions.

Faria is a black belt and five-time World Jiu-Jitsu champion. He says that the “easiest way to get a submission in tournaments is to score points.” He also notes that, “if you’re competing against someone, and go for the submission right away, he’s going to resist, [and] he’s going to not tap.”

During competition, both you and your opponent are going to be full of nervous energy. The trick is not to deplete yourself of all that energy in the beginning of the match by trying to defeat your opponent within the first 30 seconds. Faria advises that it’s much easier to get a submission once you start scoring points. For instance, passing your opponent’s guard, getting in mount and doing a sweep will help to this end. By then, not only will you have a higher point score, but your partner is going to start to become desperate to try to win the match, and may accidentally give you something to work with. “Imagine you’re fighting someone, and you got a sweep, and you passed the guard,” says Faria. [“The sore is at] 5-0, your opponent knows he’s losing, so probably he’s going to try and get out from there. He’ll be desperate and he’s going to give something to you, his arm or his neck, and you can take advantage [of it].”

Faria himself admits that most of his submissions that he got during tournaments occurred when he had a superior point range to his opponent. He goes on to explain that it’s great to hit a submission right away, if you can, but back yourself up by keeping in mind that it’s much easier to get a submission with points. I’ve seen a no gi match begin and end in as little as five seconds, with a flying armbar, but in most cases it’s not that easy.

Faria says that during training, a BJJ practitioner might be getting fewer submissions simply because your opponent isn’t as concerned about getting their guard passed, or their back taken. You’re both working to a certain pace, and going with the flow of the roll. However, during a tournament, when your opponent gets their back taken, it’s a dangerous sign of loss. So at that point, they’ll frantically try anything they can to win the match. It’s in that chaotic moment that you can strike with a submission.

Stephan Kesting, a black belt and owner of the renowned site “Grapplearts”, gives a good breakdown of the most strategic ways to earn points during a competition. “It’s better to be on top than on bottom in a fight, which is why you get two points for a guard sweep,” he says. “It’s better to get past the legs of an opponent which is why you get three points for the guard pass. You can hit your opponent harder in knee mount (two points) or full mount (four points) than side mount, and the back is the ultimate position for doing unilateral damage to any enemy (four points).” Kesting has a great video which gives an in depth explanation of how to go from bottom to top, and receive 15 points during one match, with a great position to submit your opponent, as well (“How To Get 15 Points in BJJ Competition”).

Talk to your coach and your teammates. Brainstorm a few good point boosting moves to add to your gameplan. If you stick to that, you’re sure to be more than fully prepared for tournament.

To make yourself a Triangle Machine, check out ADCC and EBI sensation Craig Jones‘ new instructional where he shows how to set up triangles in every position and the important details to make them so much more effective. Craig shows step by step how to hit the flying triangle that he tapped Murilo Santana with during his ADCC run. 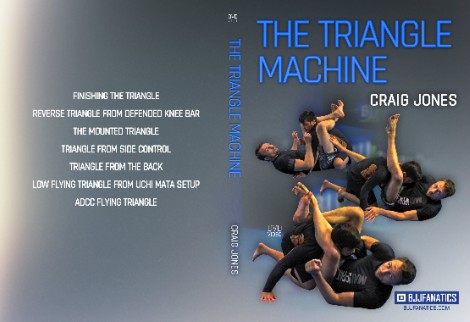