Drill To Win: Science Backs Up Effectiveness of Drilling for Jiu-Jitsu 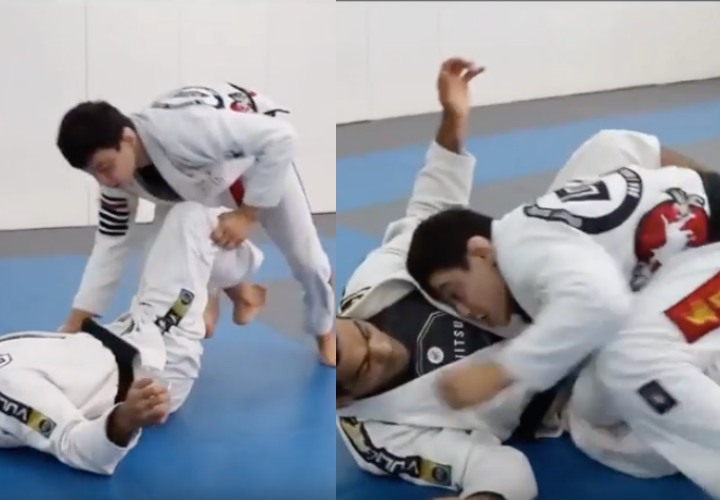 According to science, you should stop reading this, and just go drill.

No, seriously. But if you have made the decision to keep reading, chances are your subconscious mind knew you would- before you were actually aware of it. Interested? OK, then….keep reading…

When talking Jiu Jitsu, I often make comparisons to the world of competitive shooting. I was a two time all army shooting competitor, close quarters and long range. I learned that if you want to shoot fast – you had to train yourself in such a way that all shooting decisions come from your “reptile brain” not your mammal brain that has to carefully consider every little decision. Your shooting has to be on autopilot, and there simply is no time to “think” about putting steel on target faster than everyone else. Having learned some hard lessons about training, drilling, and internalizing skills, I find that anything associated with how the mind works, and how learning and decision making works necessarily applies to Jiu Jitsu. So when I saw the research from the Max Planck Institute for Human Cognitive and Brain Sciences, and recent discussions on decisions of the subconscious, I was fascinated and really excited about what this meant to how we train BJJ. The more I read, the more I realized this research goes back decades and is considered fairly reliable. See also Benjamin Libet’s research from around 1983.

The implications for Jiu Jitsu are exciting. Let’s look at a major component of the fighting game – passing the guard. I have always believed passing the guard should be like arriving at work every day- you never remember turning the key in the ignition, and you never remember taking the key out – you just realize you are suddenly at work – or, you suddenly find yourself pass the other guy’s guard. I have believed therefore you should drill guard passing (and every other transition) as many times as it takes, until it is fully incorporated into your reptile brain. So in my “going to work” example, you never had to tell your hands to make that left turn, they just did it for you. In fact, all the little surprises of the road that make you suddenly slow down and hit the brakes – your foot knows where the brake is without your conscious mind getting involved.

Why is this important? If your reptile brain can handle 90% of the fight, your conscious calculating mammal brain is free to map out a strategy for each unique opponent that keeps you three moves ahead of your opponent. Note the actions of a new white belt who takes an immense amount of time just to figure out how and where to get grips – then he doesn’t know what to do with them. But I am willing to bet you have been on the receiving (losing) end of this battle when rolling with a very good black belt that moved like a spectre, and made you feel as though you were drowning – and could not answer his game plan. He played with you as though you were a child, didn’t he? He didn’t have to devote a conscious mind to considering how you could be defeated. 90% of his roll was autopilot from the reptile center of his brain and he didn’t break a sweat reasoning out the remaining 10% of his game against you.
So if you made it this far, I hope you agree it is time to stop reading – and just go drill.