Double Leg Takedown, Should a BJJ Guy Drop his Knee? 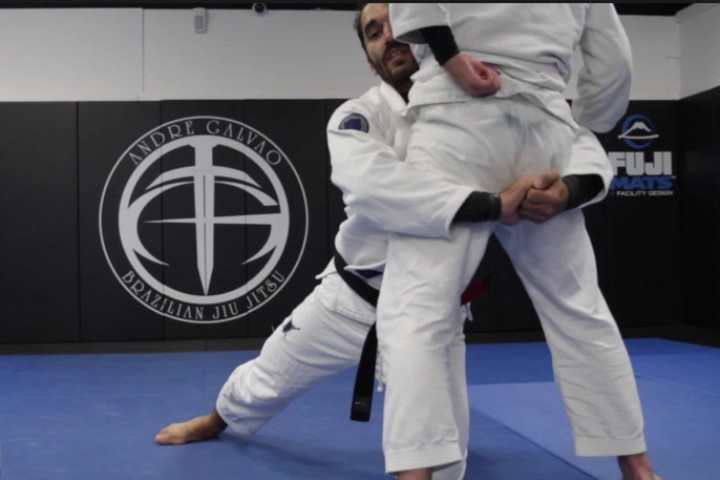 There are a handful of techniques that crossover into countless martial arts and cultures and one of those is the double leg takedown. It is a part of American Wrestling, Russian Sambo, Judo, BJJ, MMA, Catch Wrestling and even Chinese Fast Wrestling. The list can go on, but the point is that so many fighters and styles use this unbelievably effective takedown in their arsenal. However though, they all have their own variations on it for certain reasons. Our question today is whether a BJJ practitioner should use the wrestling variation of dropping the knee to the ground when performing the double leg takedown.

First lets look at the key principles needed to execute a double leg takedown. First you need to be within arms reach before shooting in. Any farther and its telegraphed to the point that even a boxer can sprawl out of it. Second, you need a level change where your going lower then your opponents mid section, but with good straight aligned posture. This means not making your back look like it has a camels hump. Third, you need a deep penetration step where your foot steps between your opponents feet. Way to often the penetration step is far to shallow. Once you get to this point the variations start to kick off. One variation is dropping the penetration legs knee to the ground. Is this a good idea for BJJ?

Well it could be. There are two main reasons for dropping that knee. It gives you a lower level change and a deeper penetration. In wrestling the opponent is often in a really low stance. So dropping the knee for that extra drop is necessary to get under your opponents hips. In MMA the opponent is often in a higher stance for striking reasons so you would not need to go as low. In BJJ the opponents posture is all over the place, high for clinches and throws, low for wrestling attacks. So if their low, you must go lower, if their high, you won’t need that knee drop. If your in a street fight, the opponent is usually in a higher stance so no knee drop is needed, and more importantly, your most likely on a hard surface like a street or a sidewalk so dropping your knee could do damage to kneecap.

As far as the deeper penetration goes, that can be replaced with a strong drive, cutting the corner, leg lifting or even an outside leg wrap if the drop is not needed. Many ways to make up for that lost deep penetration.

All techniques need modifying for different situations and the classic double leg takedown is no different. By understanding not only the how, but the why, we can more easily adapt this takedown for different arenas. There are few takedowns that can compare with the double legs effectiveness and ability to adapt. As a BJJ practionor, there will be times that that knee drop is a good idea and there will be times that it doesn’t make sense at all. As a martial artist, it is up to you to train the double leg against as many different situations as you can, so when the time comes, its second nature.