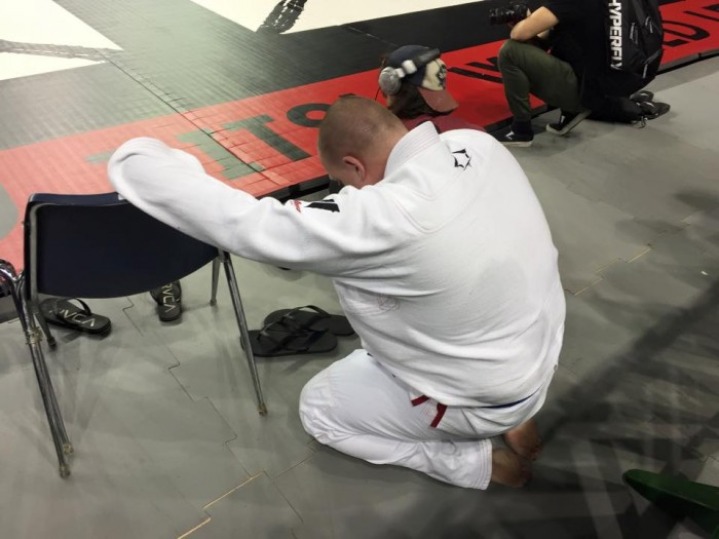 As you train Brazilian Jiu Jitsu, you will cross paths with many different training partners and opponents, each with their own unique game. Some you will have an easier time handling, whereas others will be a tougher nut to crack; however, none of your opponents will be as difficult to deal with as it is to deal with – yourself.
This is especially true when fears start popping up in your mind… And perhaps the most paralyzing of them all is the fear of failure.

YOU WILL FAIL… BUT SO WHAT?

Failure is always going to be there, there’s no denying that! Whatever you do, whether in Jiu Jitsu or in life, the chances of you succeeding will often be left in the shadow of the overwhelming chances for failure… And, thus, for what you might consider embarrassment and (potential) demolition of your dreams.

However, there’s a saying that perfectly illustrates just how wrong this way of thinking actually is: „Success is not final and failure is not fatal.“ Know that one? What it actually means is that no matter what happens – whether you succeed or fail – it is your duty, your obligation and responsibility… And, what’s more, it’s basically your only option to keep moving forward.

To keep moving forward, no matter what happens! If you succeed, great, you’ll be celebrating for a night or two. But guess what; that, too, will pass. After that initial euphoria wears down, you’ll come to realize that this is not the end of the road – but that there are other matches, other tournaments and other medals to be won.
The same thing goes for failure. You failed, so what? Even in the case of the most horrifying of losses – be it in the form of an actual tournament loss or something else, such as a big injury – you’ll still be able to keep going forward.

You’ll still have the option to tell yourself: „Eh, it’s bound to happen at least every once in a while. It happens to the pros, so why wouldn’t it happen to me? Better get back to the mats and work on those mistakes I’ve made, though.“

And so be it. No one is telling you that you won’t fail! There’s a pretty high chance that you’ll lose your very first match or/and your hundredth one as well. You’ll, more likely than not, get injured as you train and develop as a Jiujiteiro. And yup, you will get occasionally dominated by people who’ve started training just a couple of months ago.

It’s just the way it is. But hear us out: even though you’ll fail, does that mean that you shouldn’t give it a shot at all? That you should pretend as if you’re „not ready“, that you „want to play it safe“, or that you „don’t want to injure that white belt“?
If you always put your ego first, you won’t make any significant progress in BJJ. The risk of failure will always be there, but you need to overcome it so that you become a better version of yourself – both on and off the mats.

In the end of ends, remember that fear you’ve felt before coming to your first BJJ class? If you’d gave in to the risk of failure, you’d never experience the rolls… The great friendships you’ve made, the self-confidence you’ve gained and the new-found passion you’ve developed.

Wasn’t that worth the risk? We know it was; so lift that chin up high and go for that tournament, takedown and submission.