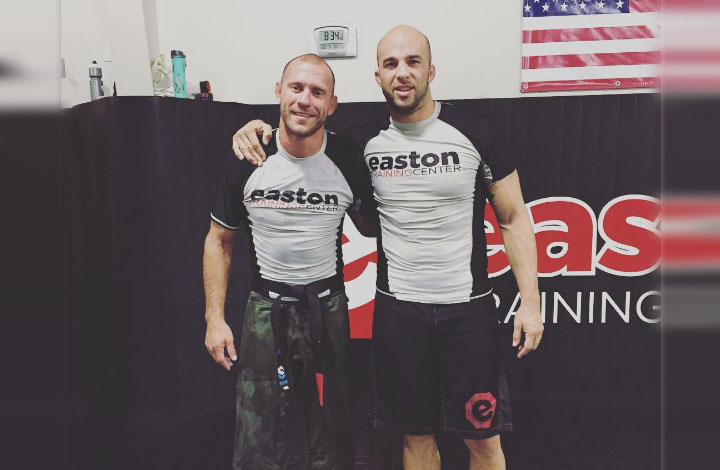 Donald Anthony Cowboy Cerrone has been on a bit of a streak. Following great performance against Rick Story at UFC 202 he was awarded his black belt in Brazilian jiu-jitsu.

Cerrone has been awarded his bjj black belt following 15 years of training by Eliot Marshall. If you’re familiar with Elliot’s name but you can’t quite place where you’ve read about him – he was Buchecha’s opponent in the Muscle Pharm/Fight to Win charity event Submit Cancer.

Cerrone wrote about his promotion:

“After a full night of getting my ass tapped out by (Eliot Marshall), he surprised me with my Black Belt. Thank you Easton Training Center.”

After a full night of getting my ass tapped out @firemarshall205 surprised me with my Black Belt. Thanks you @eastontc

The Cowboy has plenty of bjj skill, just watch this MMA match where he submits his opponent with a no arm triangle:

The promotion comes on the wings of a new UFC deal he signed. The long time lightweight competitor Cerrone signed an 8 fight deal with the UFC. The deal was confirmed by Cerrone’s management on twitter.

Cerrone moved to welterweight following a loss to then champion Rafael Dos Anjos in December of last year. He has been in the UFC since 2011 and his record stands at 18-4. He currently holds the record for most post-fight bonuses in UFC/WEC history with 18.

Congratulations to Cerrone for receiving his black belt!