Donald Cerrone on Combat JJ Match w/ Craig ones: ‘I Can Negate a Heel Hook by Palm Striking the Face’ 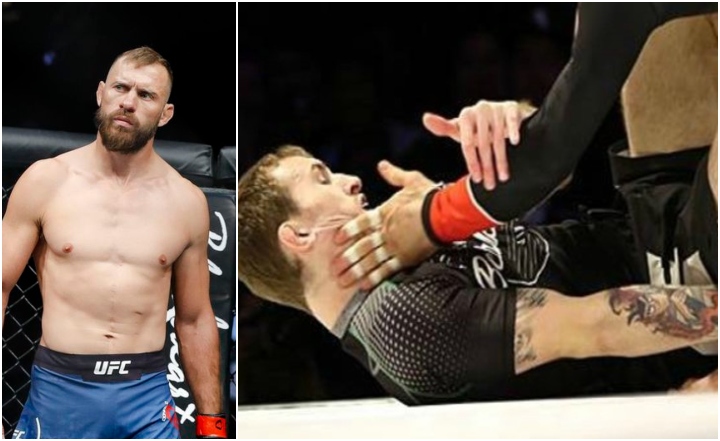 If you’ve thought that the world of Jiu-Jitsu couldn’t get more interesting than it already is, you’ve thought wrong. Eddie Bravo’s Combat Jiu-Jitsu Worlds: The Featherweights event is taking place on December 19, in Cancun (Mexico)… And now it has an exciting spectacle at hand: Craig Jones will go head-to-head in a superfight against UFC’s Donald “Cowboy” Cerrone!

The promotion shared the awesome news on their social media:

Donald “Cowboy” Cerrone has an experience of over 50 professional mixed martial arts fights; out of which 37 are in the UFC. He is one of the best UFC’s fighters of all times, with the most wins under the organization; and has recently appeared at Submission Underground (SUG) 19 – where he submitted Rafael Dos Anjos under EBI overtime rules.
Craig Jones, on the flipside, is one of the most beloved Brazilian Jiu-Jitsu athletes of today. This won’t be his first time facing a UFC athlete either; as he’s already won matches against the likes of Davi Ramos, Gilbert Burns, and others.

The matchup came about after Cerrone got the call from Eddie Bravo himself. It will be his first dive into combat jiu-jitsu, and he already expects it to be a fun one.

“Cancun, December 19th against Craig Jones. This isn’t like just stepping in and doing a little grappling tournament. This is going to the top. Should be fun.”

“Eddie Bravo called me. He wants me to take a super fight against hands down the baddest Jiu-Jitsu artist around right now. But it’s combat jiu-jitsu, so there’s palm striking,” he said.

“It’s wrestling until you hit the ground and it’s palm striking and jiu-jitsu. Which will be fun. Hopefully, I can negate a heel hook by palm striking the face.

“It’s fun to get something fired up and then use all that fired up energy and run it right into a fight. I’ll be in shape, ready to rock.”

“It’s hard to find somebody to emulate his style. He’s one of the best, if not hands down the best, especially leg locks. And his rear-naked game is very impressive.