Do Your Side Control Escapes Suck? These Details Change Everything 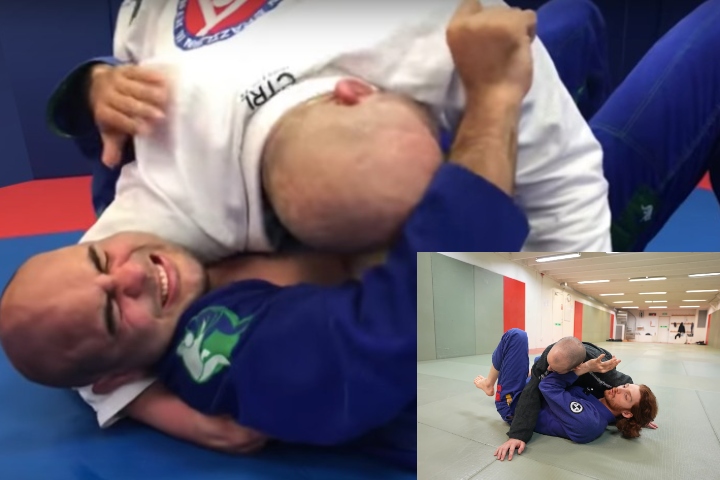 If you’re being honest with us, you’ll probably say that your Side Control Escapes could use some work… Or that, quite frankly, they kind of suck. And that’s fine – but you need to do something about it, unless you want to be stuck in Side Controls forever.
Professor Jon Thomas shares some great details on improving your Side Control Escapes below. If you apply his advice, your training partners will soon find it rather frustrating to roll with you.

SIDE CONTROL ESCAPES: USE THESE DETAILS TO IMPROVE

The first mistake people make is pushing too much with your hands. The point of escaping is to make distance… So, instead of merely using your hand to push, use the part of your arm which is near your elbow – as you’ll be able to frame better with it, no matter the force your opponent tries to use against you. And do it at an angle (if your arm is perpendicular, it will collapse).
Also, place this part of your arm underneath the opponent’s jaw and frame out your elbow a bit. That will help a lot.

The second mistake is focusing on the near-side, instead of the far-side hip. You need to connect your elbow and knee together (by “scraping” the space underneath your opponent with your elbow); then, you’ll have the strongest of frames.
Also, when placing the near-side knee in-between them and their opponents, one of the mistakes that people make is that they leave their other leg flat on the mat. However, if you bring it up towards the ceiling, that makes it much easier to bring your knee inside that space.

One major mistake that athletes make when they’ve finally inserted that knee is trying to slide it all the way across; like they’re going to immediately establish Closed Guard.
Instead, once you get that inside position, focus on bringing your knee high up towards the opponent’s chest. Once it’s there, you can use the knee/top shin to push and create space.

Watch the video below for more fantastic details on successful Side Control Escapes: