Do This Single Leg Counter – And Immediately Take Their Back 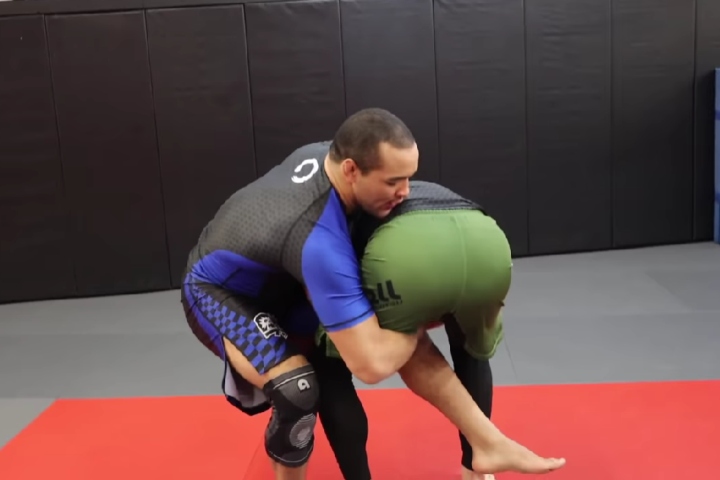 Every attack is an opportunity to further improve your defensive skills in Brazilian Jiu-Jitsu… However, every defense can also be an opportunity for a counter-attack; if you know your options and if you’ve practiced them regularly enough.
For example, a Single Leg defense can take many forms, and most of them are predominantly neutral in their nature. However, you can also go for a Single Leg counter – which will enable you to use the opponent’s takedown setup in order to set up an attack yourself.

Nick “Chewy” Albin recently posted a breakdown of a Single Leg counter that leads directly to your opponent’s back. His student Brandon, who is a 3x NAIA champion, demonstrates everything.

First of all, when the opponent has a low to middle-stance Single Leg position on you, you need to push their head to the side. From there, you have their posture compromised; now, you can go for an attack by grabbing their lat muscle with one hand and grabbing their hamstring (on the opposite side) with the other hand.
This hamstring-grabbing motion has to be done as you step to the side of your opponent – don’t forget about that.

Then, you will essentially sit down while pulling the opponent towards you. You already have one hook in (the leg they were grabbing) and you can insert the second hook by clamping their leg down.
Watch how to do this in more details on the video below: