Do Different Types of Music Affect Your Jiu-Jitsu Performance? 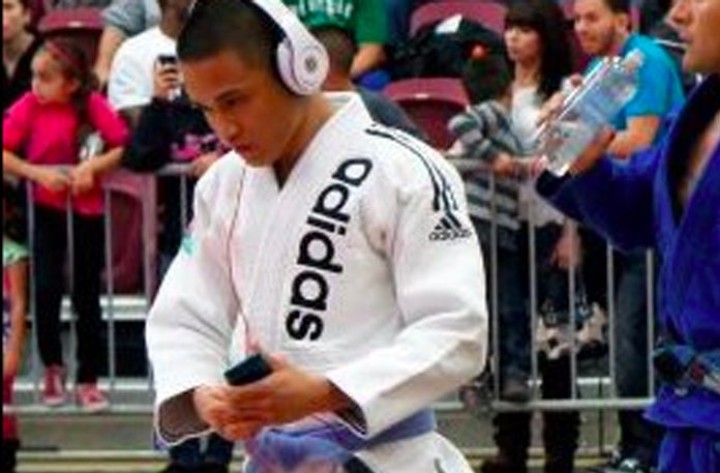 A little while ago our instructor asked us what songs we’d like added to the playlist. Facebook pings one moment later and there’s a comment saying “Fort minor – remember the name”. The really funny thing was – had that person ever come to our practice they would know it was already on the list among the most played.

This banal anecdote can illustrate how hard it actually is to make a coherent playlist for a group. Any time there’s more than 10 people in the room- tastes will clash and some songs are bound to get overplayed.

Focusing on scientific effects of music on sports performance is indubitably a much better way of composing a playlist that can complement the majority of jiujiteros at practice regardless of their personal tastes.

What are some relevant scientific findings?

Ancient rowers used to have a drummer present to drive the basic rhythm. Part of that was coordination; they were following a natural tempo. This was later named principle of synchronization. The urge to get with the beat of the music is ever-present and participants want to step at the rate the music is playing or to respect the dominant beat of the music.

Some scientists even went as far as to say that music is like a legal drug for athletes (although admittedly most of them were paid by ipod users). According to them, it can significantly reduce the perception of effort and increase endurance by as much as 15 percent. Karageorghis has identified 3 primary things about music that could influence performance:

1st -the tendency to move in time with synchronous sounds

2nd -the tendency of music to increase arousal

It’s not hard to see how a good playlist could make you go harder, increase your desire to move and motivate you to focus on what’s working as opposed to aches.  Further the majority of these new age researchers agree that the faster the beat -the higher the intensity of exercise is. There’s also an identification of effect of increased arousal related to the tempo of music, thereby making rolling much less stressful. Again, I can’t help but mention is that some of these recent studies were financed by merchandisers of mp3 players and devices of similar capabilities and as such they are somewhat questionable.

Some great early studies suggest that heart rate tends to only moderately follow music (Dainow, 1977). Dainow further cites several investigations that actually show any type of music will show a moderate increase in heart rate. Yes, even reggae.  The most likely explanation for this is due to 2nd factor. Music is a good stimuli and it raises levels of arousal (and or emotional response) in almost all situations.

How does “calm music” compare to silence and or upbeat tunes?

A certain researcher focused on measuring grip strengths during simulative music, sedative music and silence. His findings established that sedative music decreased strength significantly when compared to both silence and upbeat music (Pearce, 1981)! As it turns out listening to sedative music may actually decrease a person’s muscular fitness potential training ability. Although there’s plenty of room for future research it’s noteworthy to consider that stimulating music had the same effect as silence on grip strength.

This surprising tidbit might be quite useful when paired with some established facts in psychology of memory: namely, sometime in the 70s a certain psychologist made his test subjects remember meaningless words while drunk and underwater. It turns out, they were much better at remembering these words while in these same conditions (Jansen, 1971). This is generally known as context-dependent memory and sadly it does not extend to marijuana use to my (scholarly) knowledge.

Similarly, it is logical that jiujiteros would have less trouble remembering moves during competitions (which usually have no music) if they didn’t learn them with music playing in the background.

It’s worth researching which effect is bigger on competition performance seeing as how cumulative effects of going 15% harder during each practice could compete with 15% or better recall in a similar environment.

One particularly well designed later study investigated the effect of music on untrained college students cycling. While there was no significant influence on any physiological variable measured -the subjects reported they felt they performed better with the music (Schwartz, Ferhall & Plowman, 1990).

Different high quality study noted that subjects had longer times to exhaustion (while walking/jogging on treadmill) when listening to slow, soft music as compared to loud fast music (Copeland & Franks, 1991). While this study holds methodologically, it’s not hard to see how it might not be transferable on high intensity interval cardio specifications of Brazilian jiu-jitsu.

While the physiological effects are inconsistent, music pretty much consistently improves a person’s enjoyment and compliance to a fitness program therefore ensuring long-term benefits, such as enhanced quality of life and reduction of risk to coronary heart disease.

Another large scale early study established with over 600 participants that learning motor skills in all levels and genders gets easier with accompanying music (Beisman, 1967). This seems particularly interesting because Brazilian jiu jitsu demands much more motor skills than, let’s say, walking on a treadmill.

Science suggests that beginner/fundamental classes would be better suited with music because music will make the whole experience much more enjoyable and as mentioned above, learning motor skills is complemented by it. Additionally, if you didn’t want the students to exercise grip strength, you could put on something in the sedative music range, such as reggae or alternative.

But when preparing for competition, something upbeat would be a much better choice due to likeliness to increase speed of thinking, number of movements performed, motivation and aggressiveness. Not playing anything on at least several occasions leading directly into competition could also be useful as the player could adapt to recalling moves in a slightly altered setting.

Understanding effects of music on sport performance can help us optimize our Brazilian jiu-jitsu training and competition preparation. But there are also plenty of other things to consider so I urge you to experiment with different genres, styles as well as different levels of intensity while practicing bjj. There are plenty of styles and some of them might directly correspond with the team philosophy you’re trying to cultivate so experiment with your playlists and find something that keeps everyone on their toes.