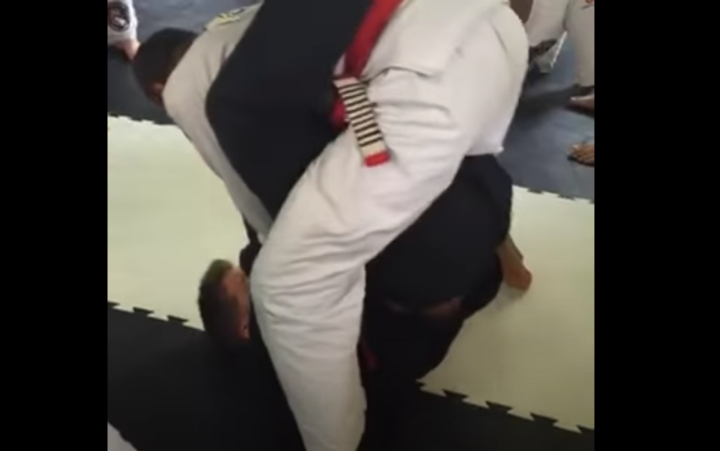 This is a great option when you can’t open your opponent’s closed guard. You stand up and attack a steamroller footlock disrespecting his guard.

Relson Gracie is the second oldest son of Helio Gracie, who along with Carlos Gracie, is credited for innovating the Kodokan Judo taught by Mitsuyo “Count Koma” Maeda into what is now known as Gracie or “Brazilian” Jiu Jitsu. Relson is currently a 9th degree red belt in Jiu-Jitsu.