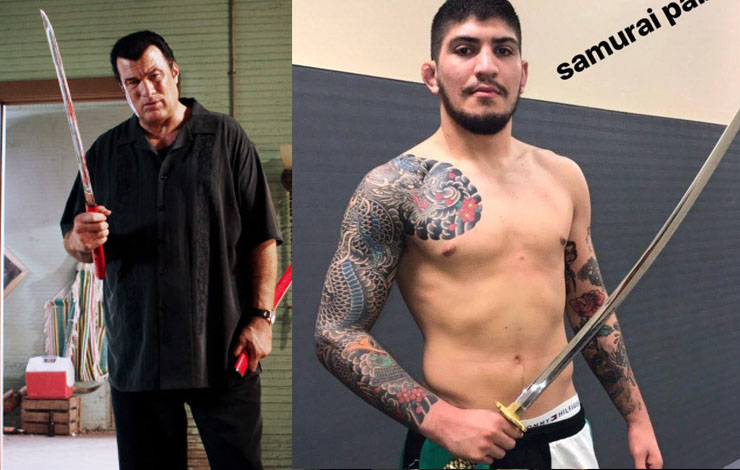 Dillon Danis may have turned to stunt casting when it comes to his next Bellator fight. THe ace that was once to fight on this past weekend’s card before being suspended due to UFC 232 incident has now issued a new challenge. Now let’s rewind for a second – how did Steven Seagal come into this?

“I thought that Khabib outclassed Conor in every way,” Steven Seagal began. “I thought even in the stand up with the punching, he out-punched Conor. I thought his ground game was better. I thought that he was just a better fighter all around and I thought that he just really, really dominated Conor in every way and he won the fight fair and square. Do I condemn him for what he did after the fight? No. Even as a diplomat I will say no. If you badmouth someone’s family, their wife, their children, their mother, their father, their country, their religion, all bets are off, and I would have done the same thing.”

Naturally this led Danis to accept the challenge:

me vs seagal set it up @BellatorMMA https://t.co/dQ1KCLDUra