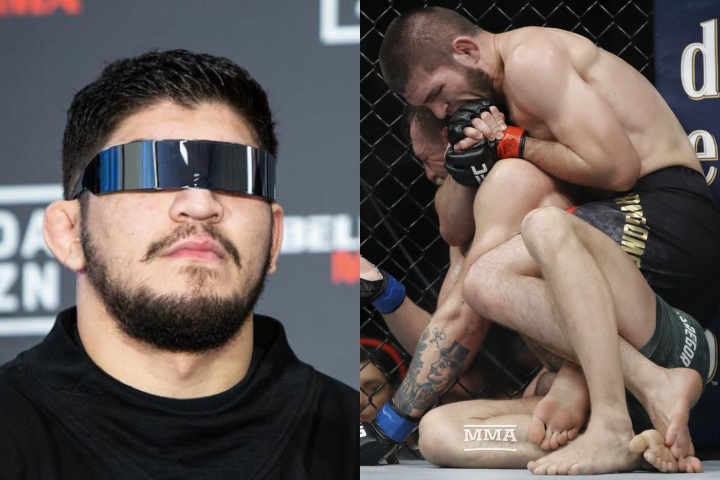 One of the most hated Grapplers in BJJ History, Dillon Danis is planning his next MMA fight. The 2-0 MMA fighter and McGregor grappling coach, recently had a shouting war with Khabib Nurmagomedov’s manager Ali Adbelaziz.

In a recent interview, he answered a question about who would win in a grappling match between himself and Khabib.

“In straight grappling? Ahh, come on.”

“Yeah, come on everybody knows that though.But it’s not my fight. It’s Connor’s fight.”

A straight grappling match or even an MMA fight between these two will of course probably never happen. Danis is much accomplished Submission grappler. Khabib would have a huge advantage in the Wrestling but nobody has really seen him competing at the elite grappling level, even though he easily won a NAGA expert division.