Dillon Danis on McGregor: “He’s a big brother to me. It’s like getting to watch Muhammad Ali every day,” 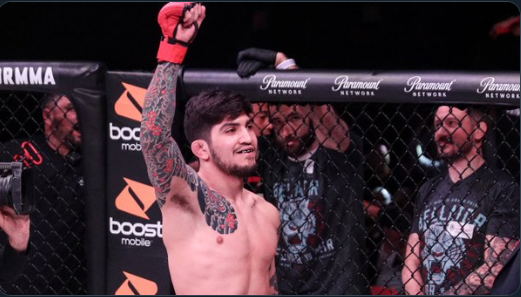 Dillon Danis is getting ready to hit the big stage. The 1-0 MMA fighter is attempting to be a household name . In a brand new interview he opened about the close relationship to the troubled irish ace.

“He’s a big brother to me. It’s like getting to watch Muhammad Ali every day,” Danis says of McGregor to Ny Post. “He teaches me that the things you say . . . are important.”

One notable excerpt from the interview addresses Danis in relation to McGregor’s recent sexual assault allegations:

“(It seems he’s also taught Danis when to play things close to the vest: The younger fighter had no comment on McGregor’s retirement or an alleged sexual assault investigation of McGregor by Irish authorities.)”

In addition to this Ny Post pretended to also care about Danis’ next opponent:

“I train two to three times per day across different gyms in New York, each specializing in different parts of my craft: boxing, Brazilian jujitsu, wrestling and conditioning,”

Danis is set to meet Max Humphrey. Humphrey (3-2) will be looking to right the ship after suffering a 16-second knockout to Anthony Goldfield at KC Fighting Alliance 29 in August 2018.

I'll strangle you to death, then I'll choke you again and break your fuckin' legs 'til your bones poke through your skin pic.twitter.com/Fny5zfPW12