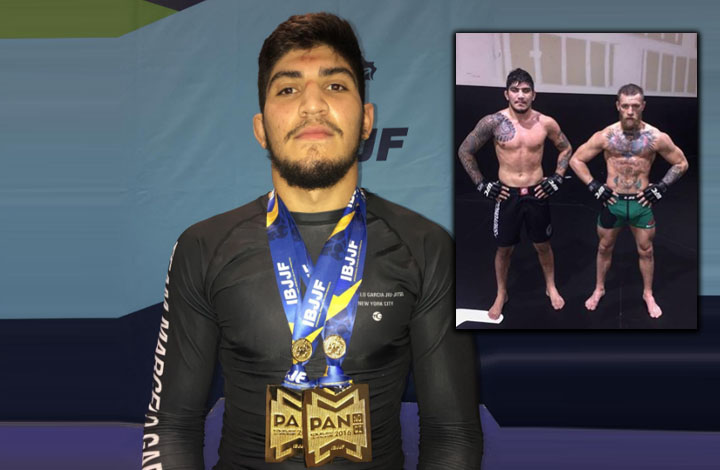 It has been an exciting year for Dillon Danis. Following a coaching stint with UFC’s Notorious McGregor Danis conquered the double gold at 2016 IBJJF No-Gi Pans with several submissions.

After a somewhat underwhelming Copa Podio he’s back to his best. We should note that this is the first bjj competition he’s entered since the coaching stint ahead of Nate Diaz rematch.

Danis is likely to help out McGregor help prepare for UFC 205 starting next week.

Danis’s Pans journey opened with a kneebar sub in his weight class – medium heavyweight. Later on he secured the gold by wining against Murilo Santana via 2 points secured with takedown.

In the absolute division he started off with a guillotine against Todd Mueckenheim and then another one against Aaron Johnson. This category was closed out by Danis and teammate Jon Satava.

Later in October Dillon Danis will be making an appearance at Polaris 4 in a fight against Jackson Sousa!

Naturally Gordon Ryan had his own reaction to the double gold news:

You can review all the Results here.