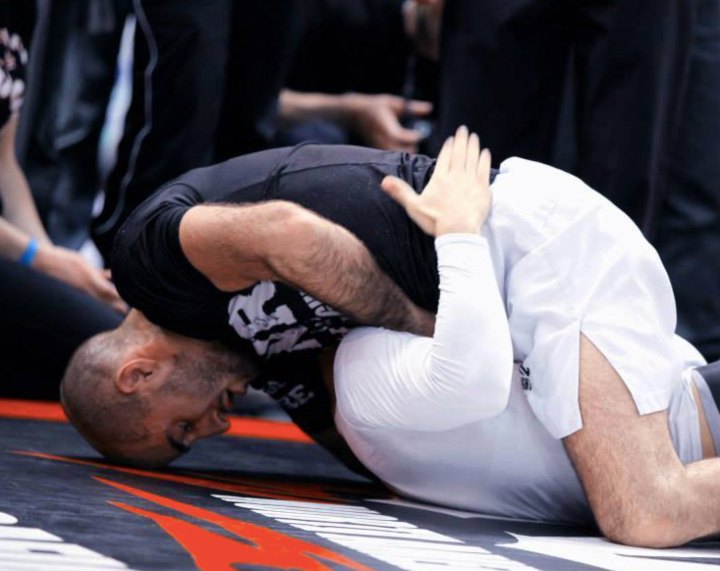 “A guillotine (/ˈɡɪlətiːn/; French: [ɡijɔtin]) is an apparatus designed for efficiently carrying out executions by beheading. The device is best known for its use in France, more often during the French Revolution.”

The guillotine in BJJ is a choke that is applied from the front. In Judo it is known as Mae Hadaka Jime. We are going to look at a few details to help you control and finish the choke.

Marcelo Garcia is one of the most well known in the game for being an expert on the guillotine choke. We are going to review some details to finish the “Marcelotine.” Many times you’ll see Marcelo finish from the closed guard or butterfly guard. He doesn’t choke with the muscular area of his forearm near the elbow, but the skinnier end between the wrist and forearm. He makes a fist grabs the muscular area between the pinky and the wrist with the opposite hand. Marcelo rotates his arm around and locks the elbow on top of the trapezius muscle (arm placement creates a V). He lifts his hands upwards towards his chin and he doesn’t extend his legs. He brings his knees to his chest to bring the person closer to him. This deepens and tightens the choke.

We can follow up the same guillotine choke from the mount position shown by Rene Dreifuss. This is useful if you are down on points in a competition or prefer being in the mount position vs the closed guard. Another benefit is when someone is defending against the choke, you can apply further pressure from the mount. To execute this guillotine, the setup is the similar to Marcelo’s off of the hip bump sweep. Cup the chin, grab the hand, and rotate the arm then lock the elbow over the trap muscle while lifting it. The difference here is the extension of the hips. The unique detail we see here for Marcelo’s guillotine is the rotation of the arm locking the elbow over the trap muscle.

Next we are looking at a standard style guillotine that you will see a lot of the times from a failed shot. Here Rener Gracie is cupping the chin. He rotates the hand that is cupping the chin towards him. He describes this by stating “check the time on your watch.” While cupping the chin, he keeps chest pressure on the person’s back.  While grabbing the hand in the same fashion (the muscular area between the wrist and pinky) he sits back with one leg hooking across the hip. The second leg traps over the back of the opponent for control.

The last set of details for finishing the standard guillotine is upper body and lower body movement. Instead of pulling the person straight back into the ground, hip escape and extend the bottom inside leg that is hooking across the hip. The top leg is going to continue to trap the opponent. The upper body movement is going to be a sideways turn and forward crunch. Keep your head close and tight. With your hands, you’re going to do a scooping motion bringing them to your chin to apply the choke.

A few commonalities we see in these chokes is choking with the wrist/forearm, compression (instead of stretching), and bringing themselves to the person for the choke.

These are a few details to finish the Marcelo style guillotine and the standard guillotine choke. Any details you like to help finish the position? Let us know!

Stay tuned for our next set of series where we will review how to finish an arm in guillotine and escapes. Don’t miss out!

Laugh Off Most Any Guillotine with Luta Livre grappling techniques that this 6x ADCC veteran uses to stay safe. 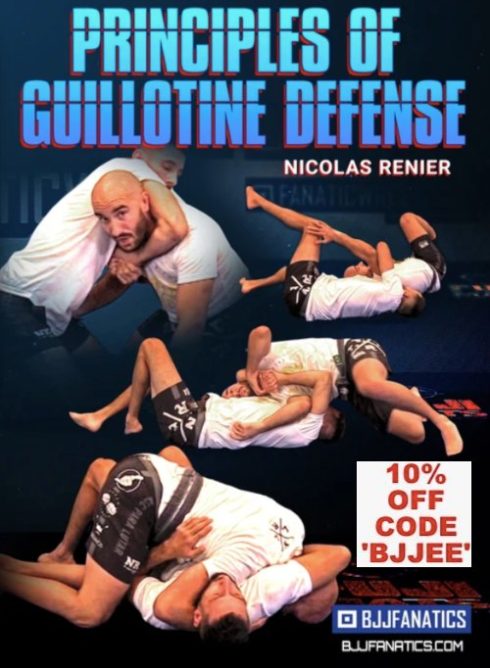